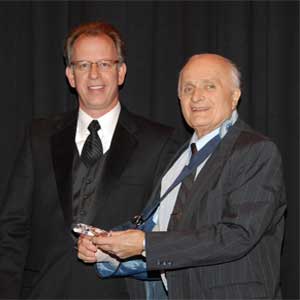 During his 28-year career at PCC, Aschenbrenner achieved numerous victories for Pennsylvania’s nonpublic school students. He was instrumental in passing legislation that requires public school districts to provide bus transportation for students to their non-public schools; he led the effort to get state funding for secular textbooks, instructional materials and auxiliary services for nonpublic students; and his tireless advocacy for school vouchers paved the way for the Educational Improvement Tax Credit (EITC) program. He was also a driving force behind a statutory charter of freedom for Catholic schools from overly intrusive state regulation.

Aschenbrenner is a founding member of REACH, which stands for the Road to Educational Achievement through CHoice.

Pennsylvania’s EITC program started in 2001 as the first of its kind to offer tax credits to corporations that support education. EITC provides incentives for businesses to contribute to scholarship organizations, which then provide scholarships to children. In essence, it gives parents the economic means to choose the learning environment they believe best meets the needs of their children, regardless of their family income.

“Thanks to Henry’s leadership and hard work, tens of thousands of families can now send their child to the school that’s best for him or her without hesitation,” said Robert J. O’Hara, Jr., PCC’s Executive Director. “EITC turns hopes and prayers into reality for so many students.”

Thousands of Catholic schoolchildren benefit from EITC; they need everyone to advocate on their behalf. It will be another difficult budget year in 2010, but additional cuts to EITC do not have to be the outcome. Outspoken grassroots support for EITC can change the course of the debate. All concerned citizens are invited to get involved with the Advocates for Catholic Education (ACE-PA) network. Anyone can help regardless of time constraints; a computer and an email address are all that is necessary.

ACE-PA members will get important news about EITC and other Catholic education issues and alerts when the time comes to contact state legislators about education issues. Volunteer advocates will be called upon to spread the news within the school community and beyond.

EITC is evidence that Pennsylvania has indeed come a long way on the road to school choice; but we are not there yet.

CAPTION FOR PHOTO: Former Director of Education and Deputy Executive Director of the PCC, Henry Aschenbrenner (right) receives the 2009 REACH Founders’ Award for his school choice accomplishments from Michael Geer, President of the Pennsylvania Family Institute.