Pennsylvanians have been discussing school choice and Senate Bill 1 for months now, but misinformation and questions still enter the debate.

Over the next week, the Pennsylvania Catholic Conference will answer the top five questions we receive about Senate Bill 1. 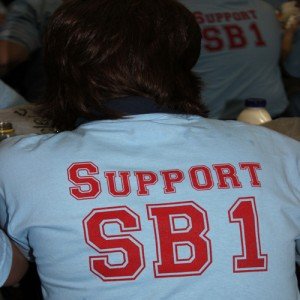 1. Who qualifies for scholarships under Senate Bill 1?

There are two different kinds of scholarships in SB 1: the expansion of the long-standing EITC program and a new voucher program called Opportunity Scholarship Grants.

Every family statewide that qualifies for an EITC scholarship is eligible to apply, no matter where their children attend school. The qualifying standard for a family of four under EITC would be increased to $84,000 in annual income with the passage of SB 1; currently it is $70,000/year.

The voucher program will be phased in over a four year period. The formula for Opportunity Scholarship Grants in the first three years gives vouchers to families whose income level is at or less than 130% of the federal poverty line. That amounts to a little over $28,000 per year for a family of four. In the fourth year, the vouchers will be extended to families who earn up to 350% of the poverty level so a family of four earning about $78,000 per year would qualify.

You can read a Catholic’s Guide to school choice here.  Add your voice to the chorus of school choice supporters. Visit, call, write or e-mail your state legislators and ask them to support the Opportunity Scholarship Act – SB 1.