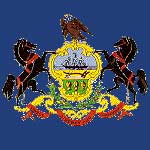 Governor Tom Wolf told listeners of KQV-AM radio in Pittsburgh last week that he will take steps to reaffirm that human fetal tissue is not being sold commercially in Pennsylvania. Wolf says he doesn’t think it’s happening in Pennsylvania. According to the report, the Department of Health says it hasn’t received a complaint about it and Planned Parenthood (the nation’s and state’s largest abortion provider) says its Pennsylvania health centers don’t participate in fetal tissue donation. He did not say what steps he planned for undertaking a review.

The question stemmed from outrage sparked by two recently released videos of high level Planned Parenthood directors who were shown graphically explaining how abortions can be conducted in a way which preserves the baby’s organs for medical research as well as the costs associated with selling these organs.

Planned Parenthood provides over half of the abortions in Pennsylvania. Advocates must strongly urge elected officials in Harrisburg and Washington, DC, to take these investigations seriously. Send a message to your elected officials today.