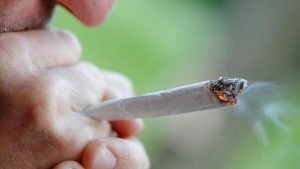 Okay, first of all apologies for the title. It was too easy. I could also have said the pot tour is taking ‘hits’ from legislators, but I didn’t. Funny or not, both puns are true.

While Lt. Governor John Fetterman says his just-over-halfway-completed ‘pot tour’ of Pennsylvania’s counties shows a near unanimous support for decriminalizing marijuana, some lawmakers in Harrisburg are saying Fetterman’s polling is skewed—that many of those in attendance are just plants. Last one, I promise.

“I took a little bit of an affront to this,” said Rep. Dawn Keefer (R-York & Cumberland Cos.). “This is a propaganda tour. A friend of mine who went said he felt like it was a dog and pony show that was attended by his supporters.”

Meanwhile Rep. Chris Dush (R-Jefferson & Indiana Cos.) attended Fetterman’s meeting at Penn St.-Dubois and made an instant observation. “I immediately saw that these folks were not representative of the people as a whole within my district.”

Dush’s account of Fetterman’s polling methods jibes with other published accounts. The Lieutenant Governor asks for a show of hands on who is for and who is against legalizing marijuana. It doesn’t sound like there is any checking of I.D.’s or residency or past voting activity. A spokesperson for the Lieutenant Governor confirmed the show-of-hands system but also said there are comment cards that are passed out and collected after the meeting.

Last weekend at the meeting in Reynoldsville, Jefferson County, Rep. Dush decided it was time to add some variety to the audience.

“I made a couple of phone calls and asked some people to show up. I asked some people in person,” he said. And for the first time, in nearly three dozen meetings, Fetterman tasted defeat. The hand-poll and the number of speakers at the event both showed opponents outnumbered supporters.

“By and large the people who showed up at my request were against it,” Dush said, who also pointed out that Fetterman accused him of stocking the audience with his supporters.

“I’m glad we were able to do it,” Dush continued. I think some more legislators who are against this ought to do this in the remaining counties. I would like to see that. We took the narrative away from the Lieutenant Governor so he can’t say all 67 counties are in favor of legalizing marijuana.”

“And this is not medical we’re talking about, this is full-blown legalization,” Dush said.

Keefer says people are looking to Colorado and saying ‘look at what they’re doing’ as if that it’s okay. She says it’s giving young people the wrong message. And it’s not just about marijuana.

“Principals are coming to us and saying you have to do something to criminalize the sale of vaping products.”

Keefer says with the intensity of the fight against the opioid epidemic, there should not be this much attention given to legalizing marijuana.

“It makes no sense,” she said. There is just no logic that I can follow here for this.”

Toward that point, in an interview with Pittsburgh’s City Paper this week, Fetterman did point out that one of the common concerns expressed during his tour is that marijuana is a gateway drug that will lead people into addictions with other potentially deadly drugs.

Dush says the legalization path in California and Colorado has caused a number of problems that he does not want to see in Pennsylvania.

“The drug cartels are still coming in to Colorado and California. They’re undercutting the taxed marijuana. The guns and kingpin activity and the cartels are gaining a foothold out there.” 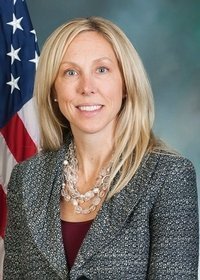 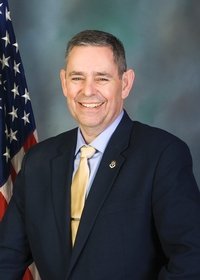