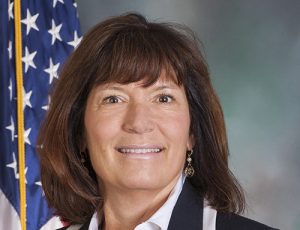 PA Rep. Wendi Thomas (R-Bucks) has been very concerned about the available care for school students across the state when it comes to the area of mental health. She has introduced a bill along with Rep. Malcolm Kenyatta (D-Philadelphia) that she hopes will fulfill whatever needs there are.

“We both have, sadly, had middle schoolers commit suicide this year—very, very sad,” Thomas told me during a visit to her district office.  “We came together to do a bill that does a study of what kind of mental health do we need in our school systems. What kind of support should we have there?”

The bill calls for a 12-month study that would provide information to the legislature and the school districts.

“We feel like there’s been some focus at the high school level,” Thomas said. “It’s not that we can’t improve there, but this study would be K through 12.”

Thomas says that there is a higher level of anxiety present and that children need support.

“In fact, with our Safe to Say Program, the results that have come out—the number one call we get is kids reporting other kids with a high level of anxiety. Sadly that can lead to suicide. I’m on the Suicide Prevention Taskforce as well to take a look at this.”

The bill is in the Education Committee and Thomas will hope to get it introduced on the House floor in the coming weeks.  The House comes back for session on October 21st.

Thomas has also authored a bill that will look to help municipalities in the Philadelphia suburbs recover some of the Earned Income Tax payments that lose to those who pay the city wage tax. As it stands now, the suburban resident pays his wage tax to Philadelphia but gets a credit for that on his local EIT.

“Our towns are struggling, particularly with affording volunteer fire services,” Thomas said. “We feel it’s time that some of that money should come back to the town where those residents live to help support those township services. Rep. Frank Farry (R-Bucks) and I have a bill to do that but we’re really working with the Pennsylvania State Township Supervisors Association. This is one of their main objectives.”

What could that mean in terms of revenue for Bucks County? Thomas says it adds up to $8.6-million if the EIT money came back to all of the municipalities.

I first met Rep. Thomas back in February when I went to a town hall that she hosted with Rep. Seth Grove (R-York) on human trafficking. Our Executive Director Eric Failing spoke at that gathering since we are supporting the Buyer Beware Act. That measure is sponsored by Rep. Grove and Sen. Kristin Phillips-Hill (R-York) and would call for stiffer penalties for those who patronize victims of human trafficking. Many of those victims get into prostitution. The Buyer Beware Bill would also call for harsher penalties on those who force the victims into the criminal act.

Thomas is hopeful the bill will be put up for a vote on the House floor.

“It’s a great act and we are still working on it,” she said. “Rep. Grove and I keep talking about it. We’re really trying to push it but it has not passed the House yet. We’re still making noise about it, especially in a year when we’ve seen some public figures accused of human trafficking. It’s been in the news. It’s a huge problem and it’s a problem here—people think it happens somewhere else. “