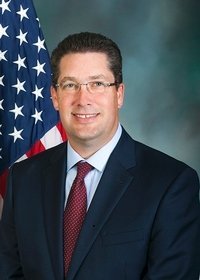 Rep. Tom Mehaffie (R-Dauphin) fought the good fight on behalf of Three Mile Island Nuclear Power Plant earlier this year. He proposed House Bill 11, which would have allowed nuclear plants to receive funding for producing clean energy. TMI needed the bailout to survive. But despite several hearings and a rally or two, there was just simply not enough support from legislators. HB 11 never made it out of committee.

TMI closed in September. It was a serious blow to the area, as people lost their jobs and a several municipalities lost a good chunk of their tax base. Many of those employees lived in Mehaffie’s district. He says he learned some important things along the way.

“We need a basic and diversified portfolio of energy,” he told me on a visit to his Capitol office. “If we have one that does more than 50% and basically dominates the market, that’s not good for anybody… It’s about making sure that we have ample electricity in the state.”

Mehaffie says the battle is not over. He pointed out what just happened in Ohio, where legislators there saved coal plants and nuclear power plants in that state.

“That was one of the smartest things that Ohio could have done,” Mehaffie said. “They’re making sure they stay open….Talks have to continue here. We have a large vein of gas hear in Pennsylvania and we can’t deny that. We have to use that for our benefit. The gas industry should be part of it. But at the same time the gas industry shouldn’t be fighting the coal industry or the nuclear gas industry. We should be all working together.”

Mehaffie is also working on a dieticians’ bill—House Bill 1802. He says it’s important because we, as a society, need to eat better. He says the bill will make sure that patients are going to the right person and make sure they’re getting the right information.

He also has introduced and gotten a lot of bi-partisan support for House Bill 1900. That would license behavior analysts. Mehaffie held a rally for the bill in the Capitol Rotunda a few weeks ago and had a lot of legislators and advocates show up in support.

“That right there is a very crucial bill, I think, for the state,” he said. “It’s the first time in history that Medicaid and Medicare have laid out some codes that will refund those services and that happened in January of 2019. About 30 other states have licensed behavior analysts. These are the folks that are really going to make a difference in the future of Pennsylvania and the United States.”

“There are so many things that they can do,” Mehaffie said. “It’s taking bad behavior and turning it into good behavior.”

The day that I talked to Mehaffie, a House committee took a vote on a Sunday hunting bill that came from the Senate. It passed the committee and then went to the full House, where it picked up a few amendments, but still passed by a large margin. Mehaffie supported the bill.

“Why I like the bill is that it really narrows it down it’s a little bit stronger with trespassing. That’s been a problem with large landowners in my area.”