Rep. Stephanie Borowicz Strengthened by Christ, and by the Haters 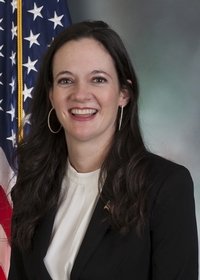 You may have heard about us talking about the fetal “heartbeat” bill a lot in recent weeks. It would prevent an abortion once a heartbeat is detected. We plan to continue to talk about it in the weeks ahead in preparation for its formal introduction in the Pennsylvania legislature, most likely in September.

Rep. Stephanie Borowicz (R-Centre, Clinton) is the prime sponsor of the bill and has circulated her co-sponsorship memo, which has been very-well received. She wanted to wait until after the Down Syndrome Protection Act was introduced in the last session. Borowicz was a big part of that. You can see her as part of the group that was on hand to announce the bill in March. The picture still appears at the top of our Facebook page.

“What’s great is that I’ve talked with Sen. Doug Mastriano (R-Adams, Cumberland, Franklin, York) and he wants to join efforts with me and do a “heartbeat” bill in the Senate,” Borowicz told me during a visit I made to her Lock Haven office. “I had close to 40 co-sponsors last time I checked. I need some more. I need some more support in the House. The Senate, I think, is a little bit easier.”

Borowicz says this bill is one of the reasons that she is in office.

“It’s part of who I am,” she said. “There are 30,000 abortions in Pennsylvania a year. That’s why I’m here—to save those babies’ lives. The Bible tells us that ‘He knew us before we were in our mother’s womb’ and He has plans for us and to stand up for those who can’t stand up for themselves.”

I asked Borowicz about the opposition that lies ahead. She saw much of that in the effort to get the Down syndrome bill passed.

“We saw it the minute we started talking about that,” she said. “They told us ‘well you don’t take care of those babies once they’re here.’ So I said “so, you’re not going to give them the opportunity to be born? The opposition that came through that, I already have seen it. I can’t even imagine what it’s going to be like for the heartbeat bill, which is six to eight weeks. It says that once a heartbeat is detected, an abortion can not be performed.”

Borowicz remembered back to her pregnancy when the doctor detected the baby’s heartbeat. That made quite an impression on her. Two heartbeats. Two lives.

Borowicz is no stranger to facing opposition.  Many Democrats and media outlets blew a gasket in March when she led the opening prayer before a House session. Critics pointed out that it was also a session that included the swearing in of the first female Muslim to the House.

She took a lot of heat for that, but has also gotten a ton of support and love for it as well.

“I’m still getting letters,” she said. “My secretary in Harrisburg I think is getting tired of opening letters. Ralph Reed (a conservative political activist and first head of the Christian Coalition), bless his heart, wrote an article about me and he asked people to send me letters, so I have received over 1,500 letters just in the last month. I was in tears reading what some of the people had written, encouraging me, telling me ‘thank you for standing up and praying and that we need Jesus back in this country again. It’s pretty amazing.”

She’s also heard from those who didn’t like what she did and felt compelled to let her know about it. Governor Wolf said he was “horrified” by the prayer.  Others have been less respectful and took advantage of social media to share those feelings with Borowicz. I asked her how she deals with the hate.

“I was born for this,” she said. “I like facing the opposition when it’s for standing for Jesus and God’s word. Jesus said that they would hate us because of Him. It’s not me. It’s Jesus in me. There’s nothing good about me. It’s Jesus.

“I count it an honor.  People say ‘oh you’re facing persecution.’ I say ‘that’s not persecution. People all over the world are facing persecution for Jesus right now. And they’re dying for it. I got to stand up in a pretty white dress in air-conditioning and pray. I’m not facing persecution because they’re saying mere words. We still have freedom and liberty in this nation. That’s why I’m fighting, for religious liberty.”