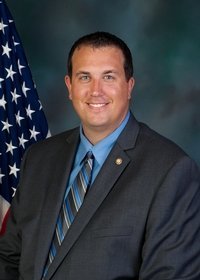 Rep. Seth Grove (R-York) says his caucus has some unfinished business they want to take care of from the spring session.  One of the biggest issues on that list will be how to fund voting machines at the county level.

Lawmakers have already passed a measure that will provide $90-million in funding to the counties for the machines as part of a federal mandate. The Republicans are also backing a proposal to eliminate the button that registers straight-party voting across the ballot. Grove says Pennsylvania is one of only a handful of states that still allow that.

“That was the actual reason that the Governor vetoed it (the election package),” Grove said. “The Democratic party from the high end called him and said ‘we need you to maintain that straight-party ticketing.”

Grove said round two on the voting issue is coming up. There will also be a look at election policy moving forward to strengthen the election process. He says both parties want to work on the process, but they differ on what to do.

“Republicans tend to focus on the integrity of the voting system, to make sure that your vote actually counts and that we don’t have individuals that shouldn’t be voting, actually voting in our elections. Democrats just want to open it up and let anybody vote at any time and remove those integrity protections from the election system.”

Grove says his taxpayer caucus has not been overly busy lately since the Governor backed off of looking for tax increases. He has also been very appreciate of what the new Majority Leader, Bryan Cutler (R-Lancaster) has done.

“He’s done a phenomenal job. A hard worker. Better packaging of bills.  We have a lot more—at least with the House Republican caucus–we have a lot more caucus unity moving into taking on issues. He’s been a breath of fresh air.”

Grove also said the House will take a look at issues like Telemedicine and will take another look at pension reform.

“We worked with the Governor to pass some benefit structure. Now we’re looking at the governance. We’re looking at those two big plans—PSERS and SERS—and how to make sure they’re better managed and effectively use the money they’re collecting and improve their yields when they invest the money. Hopefully we can really get some structural reforms there.”

“We’re hopeful that we’re going to do a week on victims and hopefully specifically on human trafficking,” Grove said. “I’m hoping that will happen this fall in the House. We all know how much of a heinous crime that is. It is modern-day slavery.”

Grove visited the southern U.S. border this summer and learned about the prevalence of human trafficking and how profitable that is for the Mexican drug cartels.

“The cartels control that entire southern border. They make money off of human trafficking–$53-milliion a week. Think about that…$53-million a week. And that’s just a side gig. They use that to overwhelm our border security so they can bring in drugs that are killing American citizens. Those drugs the cartels bring in are infiltrating our communities here in the commonwealth.”

Grove is also looking to work on pro-life legislation this term—with the Down Syndrome Protection Act and the Heartbeat bill.