Rep. Rosemary Brown Active on a Variety of Issues 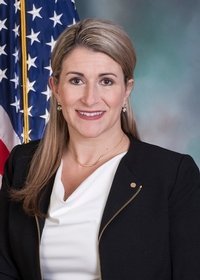 Rep. Rosemary Brown will be looking this fall to bring about passage of House Bill 37. That’s her measure to prohibit use of hand-held cellphones while driving on Pennsylvania roadways. The bill passed out of the House Transportation Committee this past session and is now before the full House.

“The timing is right to put a little bit more structure toward this law,” Brown told me in her East Stroudsburg district office. “I look at this as one of the largest distractions that we have on the roadways. When you drive, you’re supposed to be as focused as you can be on the roads, but we know there are a lot of distractions and there are many things that a driver can do.”

Brown says phone use on the roadways is very noticeable. She says everyone has likely seen someone swerve into their lane while using their hand-held device.

“I know I’ve had it several times and thank goodness it was without a crash,” she said. “We don’t even like to call them accidents, because crashes can be avoided. It’s not an accident. We are just too focused on the phone.”

The law would allow that if a driver is seen with a phone in their hand they can be pulled over by police.  She says that drivers can still use the hands-free devices which use voice technology.

“Drivers may say ‘I don’t want someone telling me what to do inside my own car,” Brown continued. “If it’s going to affect someone else’s safety, it’s a problem.”

Brown is also backing legislation to help people with their personal finances. She says young people are not getting educated in that regard. She wants to make such a course part of the high school curriculum.

Brown says she never had those courses as a student and didn’t really talk about finances with her family.  She says it’s about preparing people the best they can to make the best decisions possible.

That bill went through the House and is now before the Senate.

Brown’s efforts are nothing if they are not diverse! She is also working  to stop the spread of Lyme disease. Brown has created a grant that provides for free tick testing in the state. If you find the tick you can send it to a tick lab and it will be tested for Lyme and any other tick-borne illness.

“We hope that it cuts down on the over-use of antibiotics,” Brown said.  And here’s some sobering news she offered. “Fifty-one percent of the ticks that are being sent in from all 67 counties are testing positive.”

And last but not least Brown continues to remain firmly pro-life.

“My stance has always been pro-life and it has never been judgemental. I would love to see people go in this direction. Let’s help them make the decision to choose life. I’m big on the fact that it’s part of being respectful for life—at the beginning of life, at the middle of life and at the end of life and respecting each other.”