Rep. Pam DeLissio Goes the Extra Mile in Being Accessible and Meeting With Constituents 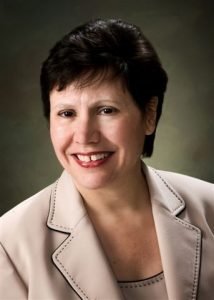 Some lawmakers are not big fans of town hall meetings. What if nobody shows up? For others it’s a question of ‘what if someone does show up?’ It’s a setting that can be tough to control, especially if you have some angry constituents.

Rep. Pam DeLissio (D-Philadelphia) is definitely not afraid to hold a town hall meeting.  She’s held 88 as of the time this story went online! That’s in less than nine years in office. It’s probably a record of some sort. I’m still checking.

“My commitment when I first ran, Al, was ongoing dialogue with constituents,” she told me during a visit to her Philadelphia district office. “We started in 2011—the first year I was elected and did a town hall. You wonder if anyone is going to show up.”

They did indeed show up and continue to do so. DeLissio said they’ve had as few as seven residents attend, but as many as 130. And that was on a Saturday morning in January.

“The average is somewhere between 20 and 30,” she said. “We also have done policy roundtables here in the office, limited to 25 people on the most controversial issues—whether they have to do with sanctuary cities, gun safety legislation, sexual predators—particularly of children. I’m very proud to tell you that those discussions have always been excessively civil and the people that have participated have represented the ideological spectrum, from A to Z, from right to left. And we have learned and shared from each other.”

This year DeLissio has expanded on the town hall idea by creating a book club. It’s an attempt to reach people that might not have been interested in participating in a town hall or the policy roundtable. The book clubs have been very successful.

“They’ve been pretty much fully subscribed and all the books are tied to state policy,” she said. “We’ve just read, in September, Cash for Kids, the debacle that happened in Luzerne Co. We’ve read Hillbilly Elegy and we’ve read the book Educated—all that we could tie back to state policy.”

DeLissio has also been active in many legislative issues, trying to bring about election and voting reform,along with campaign finance reform. She says there are no campaign contribution limits for state offices in Pennsylvania.

“That is very, very concerning,” she said. “Some things we can control at the state level, like capping contributions to those offices…We need to understand that there is a lot of money that often tries to influence and sometimes successfully influences policy and how that policy is developed when it gets to a governor’s desk…

“We need to do every day what is for the greater good of the citizens of Pennsylvania, not for any particular special interest group that’s tried to influence the process unduly with a lot of money.”

DeLissio has also been very active in the discussion to re-draw the state districts in Pennsylvania.  She says both parties have taken advantage of drawing district boundaries when they are in control of the process. She would like to see an independent re-districting commission do the work so that there would be no political information used to draw the lines.