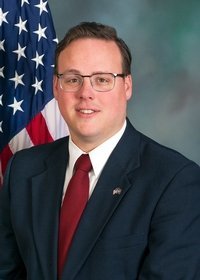 When the co-sponsor list started circulating around the PA House of Representatives for the “heartbeat” anti-abortion bill, Rep. Matt Dowling (R-Fayette, Somerset) quickly signed on.

“I have been adamantly pro-life since the time that I was a candidate, through the two sessions that I’ve served in the state House,” Dowling told me as we met one day following a committee meeting in Philadelphia. “So really it was a no-brainer to sign onto that bill and some of the other pro-life bills that we’ve worked on over the past three years.”

The bill would prohibit a doctor from performing an abortion if a heartbeat is detected in the fetus. Dowling says he looks for the bill to move in the fall.

Dowling also lent his support to another bill that benefits many in the Catholic faith: the one that increased the Educational Improvement Tax Credit by $25-million.

“EITC means so much to the private schools throughout Pennsylvania, including the parochial schools, the Catholic schools,” Dowling said. “I myself am a product of Catholic education. My two sons are enrolled in a Catholic school in the Uniontown area. I know how much that EITC tax credit helps families.”

Dowling was disappointed that Republicans were not able to get more of an increase in the EITC. They originally had passed a bill calling for a $100-million increase but that was vetoed by Governor Wolf. The $25-million was salvaged during subsequent budget negotiations. But an automatic escalator was not included in the final agreement.

“That (the escalator) would take it from being an annual political football and give it more stability and the ability to grow,” Dowling said. “Annually, the number is north somewhere of 50,000 students that are turned away from the program because we just don’t have the funding in Pennsylvania.”

As Dowling has talked to business leaders around the state he has discovered that many more of them would like to participate in the program but are turned away because it has a cap.

“If it’s a program that is working, I don’t see why we can’t remove the cap.”

Dowling, however, does look to keep a lid on spending taxpayer money.

“And if the taxpayers have set themselves with a budget, why can’t the state do the same thing and live within its means?”

Dowling has also had to focus on helping residents of his district after a number of natural disasters. Flash flooding has been very bad for them this summer.

“I’ve been working with our local municipalities to try to give them as much help and assistance as possible to aid in roads getting opened back up,” he said. “Penndot has been good at getting our local roads opened back up at our request on roads that aren’t even theirs! We thank them for that.”

Dowling has also been active traveling around the state for committee meetings. The day that we talked he was in Philadelphia for a meeting of the House Liquor Oversight Committee.

“That committee will be coming into my district in August to look at one of our big economic booms that we’re seeing, which is agro-tourism–our wineries, our distilleries that are popping up in the district. We’re also going to be looking at how some of our big box stores are going to be approaching the sale of wine and beer products.”