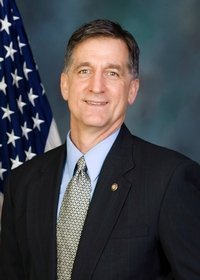 Pennsylvania’s lawmakers come from a variety of backgrounds, but Rep. Mark Gillen (R-Berks, Lancaster) may have the most unique combination there is. He is a former educator with a Master’s Degree in Education from Kutztown University and he is a former corrections officer in Bucks County.

“I have great respect for educators out there who are committing themselves to educating students in public, private, parochial, home school whatever it happens to be,” Gillen told me during a visit to his Reading district office.

He supported the $25-million increase in the Educational Improvement Tax Credit which was included in the budget agreement in June.

“The Educational Improvement Tax Credit is really the perfect marriage, I think, between private and publics since the tax credits help businesses and they’re able to designate resources so that students can make their own choices about where they would like to go to school. Certainly we have a constitutional responsibility for public education, but the Commonwealth also has a great history of parochial, private, Montessori, home-school education as well.”

Gillen is also staunchly pro-life. He has five daughters and believes that life begins at conception. In fact, he recalled how he began communicating with them at a very early age. Like before they were born. He says he keeps pictures tucked away in his office of his daughters from ultra-sound images taken in the womb.

“They don’t recall but I was talking to them, signing to them, even quoting scripture before they were born,” he said. “I think they kicked the hardest when they heard me singing! I think they found that highly objectionable.”

A bill co-sponsored by Gillen was signed into law this past session that will enable Pennsylvania National Guard members and their families to acquire a free college education. It kicks in if they re-up for an additional six-year commitment.

“It is a significant commitment. We have our best and brightest and most young men and women wanting to serve their country,” he said. The deployments have become very regular and so they’re finding themselves overseas…for a year at a time and then they come back and then they might be re-deployed.”

Gillen says that becoming a National Guard member is not just a personal commitment, it is a family commitment.

“There’s a lot of sacrifice on the part of spouses, children, siblings, mothers and fathers as well.”

You talk with many of the lawmakers in PA and you discover that theirs is not an 8-5 job that you can leave at the office or the Capitol. Gillen says he was in his car a few days ago and heard someone complain about a big pothole in his district. He drove over to where the pothole was, found out it was a big one and called to get it fixed.

Gillen says he’s fair game wherever he is to hearing concerns from his constituents. Same with his family!

“People want to talk about their back yards. Where do they live? What’s happening in their community? Are we going to address this property tax problem?”

Along those lines, Gillen has a bill that would eliminate Farmstead Homestead and give some relief to senior citizens.