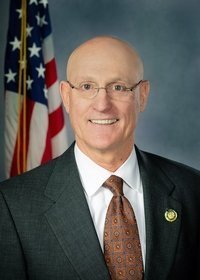 I met Rep. Joe Webster (D-Montgomery) in his Collegeville district office, but Webster has roots that reach all the way back to Philadelphia.

“Big Irish-Catholic family, started out in Fairmount, in Philadelphia,” he told me. “My mother had us moved out to Roxborough for my teenage years, where I attended Immaculate Heart and then LaSalle High School.”

He must have done well at LaSalle. He got accepted into the Air Force Academy and went out to Colorado Springs. He served 23 years in the Air Force, went into the information technology industry and did some teaching at night and then came back to southeastern Pennsylvania.

So what made the freshman rep decide to get involved in public service?

“I didn’t decide that,” he laughed. “I joke about that, but I was kind of recruited.”

Of all places, that recruitment occurred in his kitchen around January of last year.

“There were a group of people sitting the table looking for a candidate for the 150th. The question was ‘Joe, do you have anyone in mind? The room went quiet.”

But they had their man. It was then time to start campaigning.

“It’s a lot of work and every day it’s daunting,” Webster said. “I would sit back and say ‘I don’t want to knock on doors. And really by the third or fourth door, you’re in the mode. Someone comes out and is excited to see you –or not…but all of a sudden you’re right in the mix of things and it works out fine.”

Webster says it was a great opportunity to be re-introduced to Pennsylvania after spending all those years away from home. His office has kept track of his meetings in the first 200 days in office. They provided 1,500 constituent services during that time, with everything from SEPTA Key cards to tax rebates and birth certificates. He attended 183 local events and meetings during that time as well.

“I don’t always remember names, but I keep telling people, ‘if I’ve met you three times and I don’t know your name, you can kick me in the shins,’ because it is about each of these people. I need to learn who they are and what their interests are.”

Webster has been working to give senior citizens a break from property taxes. He cited the example of the retired couple who’s trying to live on $30,000 a year and they then get an $11,000 property tax bill.

“I don’t think we solve that problem by eliminating property taxes and creating a quagmire around public schools,” he explained. “But I do think we have to address the direct issue for our senior citizens.”

That is one of the issues that will be of interest this fall. Another will be gun legislation. Several lawmakers spoke out this summer of the need to do something after more deadly mass shootings.

“I’m a strong proponent of doing something about gun violence,” Webster said. “And I start that with my perspective as a veteran. I have a marksman rating with high-powered weapons. And I don’t believe they belong in our streets. I don’t believe they belong anywhere near our communities, and our schools and our churches…We have to regain our value system around the value of human life versus the right to own a weapon.”