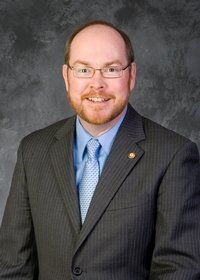 It was back in March that Chloe Kondrich and her dad Kurt joined the PA Catholic Conference, legislators and several advocates at the state Capitol to announce the Down Syndrome Protection Act.  House Bill 321 was sponsored by Speaker of the House Mike Turzai  (R-Allegheny) and Rep. Kate Klunk (R-York).  It would prohibit an abortion based solely on the diagnosis of possible Down syndrome with the unborn baby.

Two months later the bill passed the House and now sits in the Senate for further consideration.

It was reminiscent of another bill that passed on behalf of those with Down syndrome—Chloe’s Law. Yes, it is the same Chloe. For a young lady she has certainly done a lot. Chloe has Down syndrome, but along with her dad she is working to change the perception of those who would like to eradicate it. “Embrace, don’t’ Erase” is her mantra.

Chloe’s Law was passed back in 2014 with Rep. Jim Marshall (R-Beaver, Butler) as the prime sponsor of House Bill 2111. It made sure that a woman who has undergone genetic testing for Down syndrome would hear about the positive outcomes that are associated with having a child with the syndrome.

“It was brought to me by her dad, Kurt,” Marshall told me in his Capitol office. “We discussed the issue of bringing more awareness to Down syndrome.  The children are delightful, joyful. They really embrace life. I think Kurt brought such a good message that I said ‘I’ll gladly do that and sponsor this legislation.’”

The bill paved the way for information to be made readily available for parents about what to expect.

“Chloe has been such an advocate for embracing children and adults with Down syndrome,” Marshall said. “Everybody loves her.”

Marshall is also one of the sponsors of the “heartbeat” anti-abortion bill that is being sponsored by Rep. Stephanie Borowicz (R-Centre, Clinton). That is another effort by the pro-life caucus at the state capitol that followed several pro-abortion laws being passed in other states.

“I’m pro-life and I just believe that we have to take care of every child, not just from birth, but from conception to natural death. We have to eliminate—it’s really hard to talk about. I just think the brutality of ending life in the room like that…that’s life.”

“I don’t know if Pennsylvania can get there. I hope we can.  Many other states have gotten there, like Ohio. That’s very important–very important to support life.”

Marshall is also sponsoring what he calls a “50-50 bill.” It allows college teams to hold 50-50 raffles at their home games like the pro teams do.

“Penn State would probably offer something for their communities. The Eagles currently have a program where they help to provide glasses for underprivileged kids in the Philadelphia area. This bill would help to expand that.”