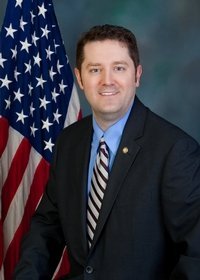 There has been much stricter oversight in recent years on the administering of opioids. But that monitoring has not been extended to the use of Narcan, which is used to revive people who are suspected to be overdosing on drugs. PA Rep. Jim Cox (R-Berks, Lancaster) is looking to change that.

“If you are administered Narcan, under existing law that is not put into our prescription drug data base,” Cox told me on a recent visit to his Berks Co. district office outside of Reading. “If you are given opiates or other types of things by your doctor, that all goes into the data base so they know if there’s an overdose situation or if there’s a possible addiction type thing.”

Cox says that as a result another doctor treating that individual down the road will likely have no idea of an individual’s past troubles with narcotics.

“What my bill would do is to make that part of the record, so that no matter which hospital system you ended up in, they’re looking at information that flags to the health care provider ‘this guy might have an addiction that we have to be careful on what we give them, how we treat them with pain-killers or anything else.’”

The bill passed the House and now heads to the Senate for its consideration. It seems like a good, common sense way to fight the use of opioids. But the vote in the House went 110-89. Only two Democrats voted for it. Cox remained confident.

“When you’re dealing with a community such as those who have addictions and they’re trying to recover from them, there’s a lot of sensitive information flowing through there. So the rehabilitation and the recovery community, they had some concerns about it. We’re trying to work through those in hopes that we can keep the bill moving in the Senate.”

Cox says he’s also trying to work through some of the details with the emergency room physicians along with a few other technical issues.

“Ideally we have the philosophical opposition taken care of,” Cox said. “But unfortunately there’s always a hold-up one way or another and sometimes it’s a partisan thing. Other times it’s not…I think we’re going to be good moving forward in the fall. It’s going to take a few changes here and there but I think we can surmount the hurdles.”