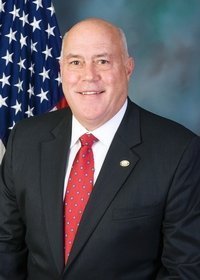 Rep. Jeff Wheeland (R-Lycoming) has an encouraging outlook for those of us who are on the pro-life side of the abortion debate.

“I think it’s growing,” he said. “Regardless of what the major news outlets will tell you. I think the conservative pro-life movement is alive and well and growing. “

‘Growing’ in the way that the co-sponsorship list is growing for the “heartbeat” abortion bill that Rep. Stephanie Borowicz (R-Centre, Clinton) is planning to introduce in the fall.  Wheeland signed on as a co-sponsor for the measure which has around four dozen co-sponsors.

I asked Wheeland if he heard from his constituents after the New York State abortion bill passed earlier this year to a raucous applause.

“Oh absolutely. What a horrible display that they put on when that passed. That was unconscionable. But they did what they did. We’re taking a different tact and our goal is to protect the sanctity of life.”

Wheeland also supported the increase in the Educational Improvement Tax Credit. However, like many of his fellow supporters, he wished it could have been more. The original proposal was for a $100-million increase in the program that benefits private schools. The Governor vetoed that measure but subsequent negotiations were able to get $25-million in the final budget.

“It will certainly help and it was a significant increase, but we’re still lagging behind many states that started the program about the same time that we did and they continue to fund it at much larger rates than what we’ve been able to get over to the Governor’s desk. But we’re not going to give up, we’re going to keep pushing for it. It gives parents the option, the choice—outside of a public school and there’s nothing wrong with that. Choice is good.”

Wheeland comes to the state legislature by way of being a businessman. That started when he was 12 years old running his own paper route. He then worked in his family’s beverage business and bought it from his parents.

He threw his proverbial hat into the ring for the 83rd district and is now in his third term. I asked him if he still gets frustrated with state government.

“I do,” he said. “Sometimes it’s like watching paint dry. It takes so long as Rep. Borowicz is going to find out with her bill. But it’s the system and you have to work within the system.”

Lawmakers will come back to Harrisburg in two months and when they do, Wheeland will be looking to get passage of his bill to require identification for voting.  He says a bill to bring that about passed during the Corbett Administration, but was struck down by the courts on a technicality.

“My particular piece of legislation has that technicality fixed,” Wheeland said. “Hopefully in the fall we can get that over the goal line. I just think it’s important for the voters to have confidence that the vote that they cast is not nullified by someone that may be scamming the system.

He also supports other election and voting reform measures, like extending the deadline to apply for absentee ballots.