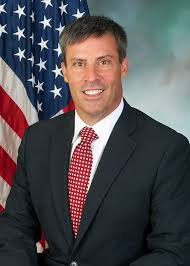 PA Rep. Greg Rothman (R-Cumberland) is working to gather support for the bill introduced by House Speaker Mike Turzai (R-Allegheny) to offer school choice to students and families in the Harrisburg School District.

“We’ve dealt with multi-generational failures in those schools,” Rothman told me on a visit to his Capitol office. “I was here in 2000 when Governor Ridge signed the original takeover of the district.”

The Harrisburg School District came out of receivership for a few years, but was placed back into it this year.

Turzai’s bill (House Bill 1800) would require any Pennsylvania district in receivership to provide scholarship grants worth at least half of their per-student subsidy. That would be added to a $4,000 subsidy from the state. Rothman says that would translate into about $8,000 per student in the Harrisburg District, which would be the first to be affected by the proposed legislation. Rothman was the first to sign on as a primary co-sponsor.

“The school continues to struggle. The students continue to be under-served,” Rothman said. “This bill would allow those kids to get out of the Harrisburg School District and go to a public school outside the district or a private school and receive scholarship money for that.”

Rothman says that $8,000 happens to be around the highest tuition of any of the private schools that teach children up to eighth grade. It’s a little higher for high schools. Rothman says most of those schools offer their own scholarships as well.

“If this would save one kid, and gives one kid the chance to escape the failing schools in the City of Harrisburg, it would be a good thing. But it could impact thousands.”

The bill is currently in the House Education Committee. Rothman says Chairman Curt Sonney supports the measure so it could be passed out of committee by the end of the year.

“Right now a kid can leave a city school and go to a charter school, in which case the city schools are going to give that charter school or that cyber school $9,000 to $12,000. This is only $4,000. It will lower their average cost per student.”

Rothman spent several years working in real estate and thinks this bill would encourage people to stay in Harrisburg, where before couples would move out when their children grew to be of school age.

“Now they could stay in the city, send their kids to a private school, some of our great parochial schools, religious schools and they can take the money and the scholarship which could more than make up for the highest real estate taxes in the region.”