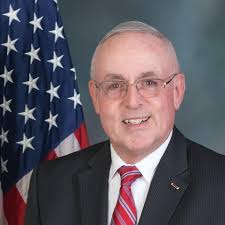 PA Rep. Frank Ryan (R-Lebanon) is co-sponsoring a bill to abolish the death penalty in Pennsylvania. It’s a noteworthy move to say the least. Ryan is a conservative and is partnering with one of the more liberal lawmakers in the House, Rep. Chris Rabb (D-Philadelphia).

“Chris approached me because he knew I was against the death penalty,” Ryan told me during a visit to our offices. “We talked about it for about two or three months to craft language that we were both satisfied with.”

Ryan and Rabb feel the justice system leaves poor people at a disadvantage because they can’t afford the kind of representation that those with money are able to hire.

“That’s because of the way we fund the Public Defender’s Office,” Ryan said. “That will lead to an additional reform that I’m looking to do at some point in time where the State actually provides the funding for public defenders at the state level.” That way he says the process will be more consistent from county to county.

Ryan says another reason that he is against the death penalty is that it’s too expensive. The mandatory review for any death penalty sentence can cost anywhere from $800,000 to over a $1-million and take twenty years to complete.

“But I think the most troubling aspect of it for me,” Ryan continued. “Is that they found that a significant number of those people convicted and sentenced to death were actually found to be innocent. “Normally in a court case you are found guilty or not guilty. But apparently in a death penalty case you can be exonerated.”

Ryan also cited his pro-life beliefs for his stance on the death penalty. And he says he has concerns about giving the state that kind of power.

“I think the thing that clinched it for me was that I had a woman approach me whose daughter had been killed at the University of Pennsylvania a number of years earlier. She was asked to testify at the death penalty trial for the man convicted in the murder. She asked for leniency and a life sentence–instead of death. She said to me ‘Frank, putting him to death doesn’t bring my daughter back to life.’ And that really clinched it for me. I’ve talked to a lot of people who have gone through the same thing, and they’ve said it might feel good to get that retribution but that they didn’t feel better as time went on. They said it was like picking at a scab any time the case came up for review or repeal.”

Ryan also talked about his support for House Bill 800, which calls for more funding for the Educational Improvement Tax Credit. That passed the House and is now in the Senate. It has been a big help for Catholic schools.

“I think the E.I.T.C. is the one time that we have the chance to say to parochial schools and private schools ‘thank you for what you are doing for our community.’ Number one it gives parents choice, and number two, the amount of money the Commonwealth saves—on just what the Catholic Church alone is doing—is absolutely mind boggling. And we’re not diverting money from the public schools.”

Ryan says that through the E.I.T.C. the State is providing a low-cost option for families to allow them to go to an alternative education source with high-quality education.

“I’m so thankful that the Speaker and the Leader were willing to push it. I’m thankful for the PA Catholic Conference and others Christian organizations for their help as well.”