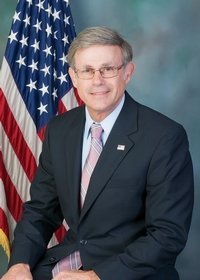 Catholic adoption agencies across the state have been curtailing or stopping their work altogether as a result of a policy by the Wolf Administration that would take away a lot of their power to decide who would be the best parents for adoption.

PA Rep. Dave Zimmerman (R-Lancaster) says there is still hope that a religious exemption will be granted by lawmakers for organizations.

“A number of us in the House actually held up the budget because of a religious exemption, related to the Foster care and adoption,” Zimmerman told me in his Lancaster district office. Despite their determined efforts the Governor held firm and it was kept out. “They took the religious exemption out, which means an adoption agency would have to work with any type of family arrangements, whether it’s a man and wife, or an LGBT couple. They would have to work with all of those.”

Zimmerman and several of his colleagues would like to see the exemption established. They have an agreement from House and Senate leadership to run bills in the fall to make that happen.

“This is just one area. So the question is ‘what’s next?’” Zimmerman said. “I believe that our country and our state were established on religious liberty, religious freedom. We need to have these religious exemptions available to business and family throughout our state. It’s very important.”

Zimmerman said another issue that drew debate in the last session was the compulsory age for education. The current law requires children between the ages of eight and 17 to be in school. But new regulations installed in one of the budget codes would expand that from six to 18. Zimmerman was one of the lawmakers who opposed the change.

“There are a lot of issues with that,” he said. “Some children are just not ready at six. What about someone who graduates early? What about—in our district—the Plain community that gets work permits at 15?  None of that has been really addressed at this point, so there are some real concerns about the compulsory age.”

The age change was something that was being pushed by the Governor, Zimmerman said. Even though it was placed in the budget, he says there will be an effort in the fall to get the change modified.

‘I also look at it as a liberties issue,” Zimmerman added. “The parents can probably make a better decision on their children than government.”

Zimmerman remains very committed to pro-life issues. He voted for the Down Syndrome Protection Act and has signed on as a co-sponsor to Rep. Stephanie Borowicz’s (R-Centre, Clinton) “heartbeat” abortion bill, which he hopes to see introduced in the fall.