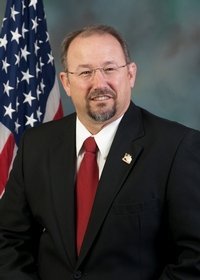 PA Rep. Dan Moul (R-Adams) feels that it’s time to go out with the old and in with the new as far as the way many things are done with state government.

“We need to fix things with the old to make them fit in with today,” he told me on a visit to his district office in Gettysburg. “Some of the laws that we have to live by have morphed into things that were never intended to be.”

That’s kind of vague, but Moul was loaded with specifics. For one thing, he says the Governor’s office has gotten too much power. That’s not just directed at Governor Wolf. Moul says it’s been that way through many administrations.

“Last year our Governor spent $700-million in supplementals,” the representative said. “That’s over and above what we signed off on as a legislature in our budget. He spent $700-million more than what we budgeted last year. Governors do that every year. He shouldn’t have that power. Every dime that is over that budget should be approved by the House and Senate.”

Moul says that kind of spending comes from a king, not a governor. But he offered more specifics in things that have gotten away from what they were supposed to be. He talked about agencies and the secretaries that lead them who draw up regulations.

“They can write anything that they want,” said Moul, talking about the secretaries and deputy secretaries that run the agencies. “The Governor sends it through its proper paces and it never comes past the House or the Senate for approval and now you basically have a new law that falls under the guise of regulation and everybody has to live by it just like it was a law.”

Moul said a prime example of that is the passage a couple years ago of medical marijuana. He was one of a number of lawmakers that voted in favor of the measure. But Moul says there was something else that was rolled into that measure.

“I understand that when the regulations were written, they added it in that you could buy it and smoke it,” Moul said. “Well, we never talked about that. That was never supposed to happen. But under the Department of Health, those bureaucrats decided on that, without ever running it by us. That’s just one example of thousands and thousands of examples. You could pick any agency you want and come up with thousands of examples of bureaucrats that were never elected, nobody knows their name…and they’ve been given all of this power and they abuse the hell out of it….You name it, it’s abused by people that nobody voted for.

“Last time I looked, it was my name hanging on the front door out there that says I’m the elected official, not some bureaucrat in a big concrete building, behind the scenes. He’s not supposed to be making law.”

Moul has also taken issue with the spread of power for the Susquehanna River Basin Commission. It was started by a group of states to make sure that water from the river is used responsibly by the people upstream so there is enough left for those downstream. But Moul says the commission has since decided that it can regulate wells and has been charging water companies and water authorities for water that is used.

“They’re basically selling you water that you already own,” Moul said. “It is absolutely absurd.’ He says that, for example, Messiah College and golf courses are paying fees on evaporation rates. He says the SRBC was only meant to control surface water, not well water.

I reached out to the Susquehanna River Basic Commission for a reaction to Rep. Moul’s comments and got this statement from Gene Veno, their Director of Public Advocacy.

The Susquehanna River Basin Commission looks forward to working with The Honorable Dan Moul 91st Legislative  District when the Fall Legislative session commences  in addressing constituent concerns that pertain to the River Basin. The Commission was established to lead the conservation, development, and administration of the Basin’s resources that would preserve and enhance its value as scenic and recreational asset for the people who live in the Basin.

Our mission, as defined in the Compact, is to enhance public welfare through comprehensive planning, water supply allocation, and management of the water resources of the Susquehanna River Basin The Commission works to reduce damages caused by floods; provide for the reasonable and sustained development and use of surface and groundwater for municipal, agricultural, recreational, commercial and industrial purposes; protect and restore fisheries, wetlands, and aquatic habitat; protect water quality and instream uses; and ensure future availability of flows to the Chesapeake Bay.

Rep. Moul says he is confident that the SRBC will indeed come to the table to talk about the situation. But he remains determined to get them out of the well water business.