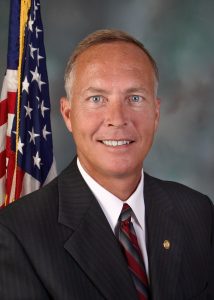 You won’t be able to find many PA lawmakers with free time on their hands during the month of June thanks to the ongoing budget talks. House Education Committee Majority Chair Curt Sonney is feeling the time crunch as well.

He says it’s a very interesting position–especially in today’s environment with things like school choice. Sonney’s committee approved House Bill 800, which calls for an increase in the Educational Improvement Tax Credit. That credit has been a huge help to Catholic schools.

“School choice is a national trend, but in Pennsylvania we’ve been kind of ahead of the curve and are a little bit more open than most other states in the way that we treat education today. It makes for some interesting dynamics. It interests me greatly.”

Sonney feels there are some much needed changes that need to be brought forward and some difficult decisions that have to be made. He says he’s looking to “refine” Pennsylvania’s system of choice.

“We hear continually from our traditional public schools about the burden of the cyber charter cost,” he said. “I– along with the committee– have made several field trips to go and look at the schools, see first-hand and talk with administrators to get a full understanding of what’s going on in the cyber world—not only from cyber charter schools themselves but also from public schools to see what they’re doing about cyber education. Most of them have some kind of offering today from the cyber world.”

Sonney talked of the PA residents who are paying property taxes—which fund public schools– but are choosing to send their child to a private school.

“That choice should not be left out,” Sonney said. “That is really the purpose of the E.I.T.C. There’s a lot of discussion on House Bill 800 and the increase of $100-million, but ironically in the grand scheme of things, for what we spend on K-12 education in this Commonwealth, that $100-million is really a drop in the bucket. It really and truly is.”

Sonney gave a great illustration to understand the difference between millions and billions. One-million seconds is 11-1/2 days. One-billion seconds, he says, is nearly 32 years!

House Bill 800 has gotten a bunch of Republican sponsors and even a few Democratic sponsors, including Mike Driscoll, Tina Davis, Tony DeLuca and Mark Rozzi.