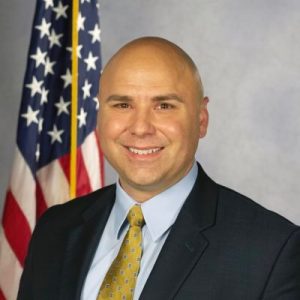 Rep. Bob Merski (R-Erie) has seen just about every side there is of Catholic education.

But it didn’t stop there. Merski then moved to the front of the class– so to speak– for Catholic education.

“There was a program at Mercyhurst. It was the cadet teaching program. It put pre-service teachers in Catholic schools. I went to school—I was the last cadet, that’s my claim to fame at Mercyhurst. Basically I took two years straight through of classes and then I taught in a Catholic school classroom under intense supervision while I finished my degree.”

Merski then taught full-time and served as a City Council member in Erie for seven years. He says he misses the kids and the cycle of the school year. He’s still giving back to the community, just in a different way.

“I think that goes back to my faith. It’s in giving that we receive. I have in my core values that you have to give back. God puts you on earth—You were created for a purpose, on purpose. You have a mission in life and you have to figure it out…Whether it be teaching, public service through elected office or even the stuff I do in our parish, being an usher, those types of things…Giving back, my parents taught us that. It’s part of who I am.”

Merski is also one of a handful of Democrats in the Pennsylvania House that are prolife.

“I have a consistent life ethic. I believe in the seamless garment of life, where we have to protect the unborn but we also have to protect people while they’re here and honor their dignity while they’re alive and then especially at the end of life. At the beginning and end is where we focus on as a church and the middle we kind of forget about.”

“When we make laws we have to keep in mind, this is what society accepts. That’s sometimes what I struggle with—not just with life issues, like abortion votes but also in taking away general assistance for the poorest of the poor…We have to help people that are poor, the least among us.”

Highlights of a Busy Week for the PA Catholic Conference