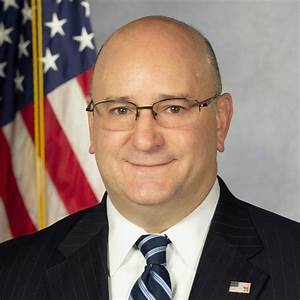 Rep. Ben Sanchez (D-Montgomery) comes from several different walks of life—he worked as a CPA, an attorney and as a college professor.  But he’s very happy and satisfied with his current path—as a state lawmaker. He was elected to office last November to replace Madeleine Dean who went on to the U.S. House. He took office in January and has been loving the job ever since.

“It wasn’t always a dream to become a state representative, but I say it should have been,” Sanchez told me during a visit to his Capitol office. He said he was working as a real estate lawyer when he was elected to the position of Abington Township Commissioner. That got him very interested in local government.

“I’m really enjoying the work, helping the constituents,” he added. “It’s really an honor to represent my home town of Abington.”

He has great reason to be proud of the area. Sanchez said Abington was ranked in Money Magazine’s Top 100 Places to Live in America. It was one of two towns in Pennsylvania that made the list. Sanchez also represents Upper Dublin Township, which he pointed out is celebrating its Tri-Centennial this year.

The representative has been working on many issues, but is perhaps working the hardest on gun violence prevention. He has sponsored two bills of his own and says he has co-sponsored every other piece of legislation that deals with the issue.

“The one that I’m particularly interested in of my own is a bill on lost and stolen reporting,” Sanchez said. “That requires a gun owner or someone in possession of a gun that has it stolen to report that within 72 hours of the discovery. This is, of course, an effort to stem the course of straw purchasing.”

Sanchez has another piece of legislation that would take a Protection of Abuse order that normally expires after three years in Pennsylvania and make it effective for an indefinite period of time.

“Instead of the automatic expiration, you would wait until the parties petition and then that PFA could be removed. We would like to have some hearings on that, get different perspectives on the issue and see where it goes.”

Like every lawmaker in Harrisburg, Sanchez is very aware of the property tax issue and the challenges that are faced in trying to solve it. And like many legislators, he sees the feelings vary among constituents, based on place of residence, age, etc.

“We’ve been able to keep property taxes pretty stable in Abington Township. I know there are complaints in Upper Dublin Township,” Sanchez said. “If we could do a better job of funding the schools through the state, that would take the burden off of the property taxes. Yes, it is something that is really hitting our seniors. I would like to see a creative solution that doesn’t hurt the schools. I would definitely be interested in unique and creative perspectives on that.”