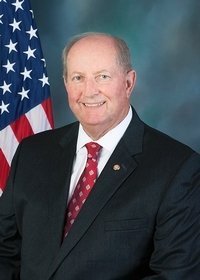 Many lawmakers in Harrisburg come from a law background. While a good percentage of them practiced law, Rep. Barry Jozwiak (R-Berks) spent several years enforcing it. He served 25 years with the Pennsylvania State Police and another 12 years as the Sheriff of Berks County.

“I went from law enforcement to lawmaker,” he said.

If anyone would be tough on crime it would be Jozwiak. But he’s also pushing a bill in Harrisburg that he feels would be *smart* on crime.  It aims to take marijuana possession cases—general misdemeanors– out of county courts and put them exclusively into the district courts.

“The courts of common pleas in Pennsylvania are being overloaded with these cases,” Jozwiak told me in his district office in Reading.  “A normal case costs $200 to $2,500 to prosecute, even with a guilty plea. Last year it cost Pennsylvania taxpayers almost $40-million to prosecute people for a small possession of marijuana for $2-million in fines.”

Jozwiak said the District Attorney for Berks County came to him with the idea to propose a bill to change marijuana possession from a misdemeanor to a summary offense so they could be handled by a district justice.  Jozwiak pointed out that nobody currently goes to jail for possessing a small amount of marijuana. They pay a fine.

“Law enforcement is in favor of that,” Jozwiak said. “It will save many, many police departments overtime because most of them go to court on their days off. It’s easier for somebody just to pay a fine rather than going to court and cost the taxpayers millions of dollars.”

Jozwiak is also pushing a bill to change the way car registration stickers are displayed.  It was just a couple of years ago that PA decided that drivers did not have to put registration stickers on their license plates. That created a fiasco with scores of motorists getting pulled over by police in other states who saw their expired stickers.

“In 2018 we checked Penndot’s figures to see how many registrations were not being renewed. We found $22-million worth of registrations that Penndot lost in 2017 because people did not renew their registrations. They lost another $11-million last year. Whether they forgot to renew, or didn’t want to renew we don’t know but that was the number.”

So Jozwiak has proposed the “two in one sticker.” It combines the registration sticker and the inspection sticker into one and put that one sticker on the license plate.

“The process is this,” he explained. “You go get your car inspected while it’s still legal. It’s still registered. You get your receipt and take the receipt and send it into Penndot with your application for a license plate or go to an on-line messenger. You then would pay your registration fee and would then be issued a sticker for your license plate.”

The new process would make it safer for police officers who pulled over a vehicle. They could check both registration and inspection without having to look at the front of the car. Jozwiak says he’s heard complaints from constituents about how they are getting tickets in other states.

“Penndot says that all the police agencies in the country know that we don’t do this anymore. That’s not true,” Jozwiak said.

Jozwiak says Pennsylvania State Police, the Fraternal Order of Police and the Chiefs of Police Associations are all in favor of bringing the sticker back to license plates. He says it’s easier for officers to check a plate to see if there is probably cause to pull a car over for a traffic stop.

There will be a hearing on the issue next month in Harrisburg.