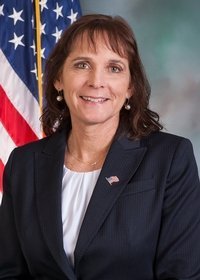 Rep. Barbara Gleim (R-Cumberland) is in her first term in the state House and serving on a number of committees, including the Education Committee as secretary. She has some excellent training for that position. I’d better start a new paragraph for her resume in that regard…..

“I am passionate about education and making sure that the kids get what they need,” Gleim told me in her downtown Carlisle district office. She moved the office to the center of town and also opened another office in Newville. Both moves were to be closer to constituents who maybe couldn’t drive.

Gleim stepped down from the school board three years ago. It wasn’t too long before public service came calling again.

“I wasn’t doing too much as far as public service, which is a passion of mine as well,” she said. “When the seat was open for Rep. (Stephen) Bloom, I also had some people came up to me and say ‘hey, have you considered running for the state House?’ So then I started considering it and I’m glad I did.”

In addition to having a background in education, Gleim also is a businesswoman with an MBA and she has been heavily involved in agriculture. Her husband is a full-time farmer and yes, they have a farm. It’s logical then that one of the bills she is sponsoring deals with agro-tourism.

“I have House Bill 1348,” she said. “It’s a little bit of a different business than most businesses. This agro-tourism bill would reduce the liability for farmers who want to bring the public onto their farm. And the reason we need to do this is so farmers aren’t afraid to open up their farms for the public that they would lose their whole livelihood if they were sued.”

For those city folk, lots of us in the country go to farms for corn mazes, hay rides, apple cider, pumpkin and strawberry picking and the like. Gleim sees agro-tourism providing a big help to farmers.

“Especially for the dairy industry, which is suffering so much. A lot of those dairy farmers are trying to diversify because they’re being told to diversify, but then they have the other side, which says ‘you need all this money to pay for insurance!”

Gleim also is sponsoring a number of other bills. One deals with apprenticeships in the construction industry. She has a bit of a background in that as well. Her family owns Gleim Excavating in Carlisle, which has been in business for 50 years. The apprenticeship bill—HB 1746—would bring state law up to federal law with the ratio of union to non-union apprenticeships in the construction industry. Yes, it’s complicated. But Gleim has a handle on it.

And she is also working on a bill that would change the state budget cycle to two years instead of one. Hmmm. Wouldn’t that be only half the fun/aggravation?

“House Bill 764 is not new. It was introduced before but I was very passionate about this bill and actually requested this as a freshman to take and lead. I was on the school board back in 2016 when we couldn’t get a budget passed and all the schools were dead in the water, wondering if they were going to get funding. And also hearing from 501-C’s in my district, wondering if they’re going to get their funding. The homeless shelter, the domestic violence shelters…I was thinking to myself, coming from the business world, this is just crazy, if we had a two year budget cycle, they could plan.”