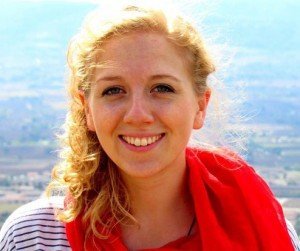 Many of us are unaware of the “ominous sign” delivered by the Supreme Court this summer.

The Supreme Court sent the message that cases involving religious freedom are not even worth listening to after it recently refused to hear Stormans v. Wiesman, a challenge to a U.S. Court of Appeals ruling.  The Ninth Circuit found that state regulations forcing pharmacies to provide drugs that go against pharmacists’ sincerely held religious beliefs do not violate the First Amendment.  By refusing to hear the case, the Supreme Court allows the Ninth Circuit decision to stand.

The Stormans family owns Ralph’s Thriftway, a grocery store and pharmacy in Washington State.  For the past eleven years, The Washington State Board of Pharmacy has pursued Ralph’s Thriftway because it does not sell Plan B and other abortion-causing drugs.  The State mandates that pharmacies may not “refuse to deliver a drug or device to a patient because its owner objects to delivery on religious, moral, or other personal grounds.”

The Stormans firmly believe that life begins at the moment of conception, so these pills could potentially end a newly created life. When customers ask for morning-after pills like Plan B, Ralph’s Thriftway cooperatively refers them to any of the other thirty pharmacies within a five-mile radius that carries them.  Not a single one of the customers has been denied timely access to emergency contraceptives.

Yet the pharmacists from Ralph’s Thriftway are being targeted because they choose to serve the community according to their cherished faith.  Perhaps the most shocking element surrounding this case is that ten times as many pharmacies choose to not provide emergency contraceptives for reasons of profit than for reasons of conscience, but the State only punishes those who object due to reasons of conscience.  If Ralph’s Thriftway referred clients to one of the other thirty pharmacies for business, economic, or convenience reasons, it would be a non-issue.  But because they wish to make a living in accordance with their religion, the Stormans will be forced to either go against their conscience or go out of business.

“Do we really want a society where businesses are free to follow the desire to maximize profit, but not free to follow their consciences?”  Archbishop Lori poses a question that is becoming increasingly critical.

In Justice Alito’s dissent, he states, “If this is a sign of how religious liberty claims will be treated in the years ahead, those who value religious freedom have cause for great concern.”

In a nation where the foundational principle of religious liberty is under attack, it is important that religious communities and people of faith are aware of injustices.  The Supreme Court must realize that cases like these are extremely important and deserve consideration.

By Jennifer Southerton, PCC Intern and Student at DeSales University