Religious freedom, first among our liberties, is under threat 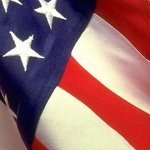 December 15 marks the 225th anniversary of the Bill of Rights. The Philadelphia Inquirer is running a 12-part series to mark the occasion, and invited Philadelphia Archbishop Charles Chaput, who is also the chairman of the PCC, to write about the First Amendment:

Religious freedom is a fundamental natural right and first among our liberties. This is borne out by the priority protection it specifically enjoys in the Constitution’s First Amendment.

At the heart of American public life is an essentially religious vision of man and government. This model has given us a free society marked by a wide variety of cultural and religious expressions. But our system’s success does not result from clever legal mechanics. Our system works precisely because of the moral assumptions that undergird it. And those assumptions have religious roots.

When the founders talked about religion, they meant more than a vague “spirituality.” The distinguished legal scholar Harold Berman showed that the founders – though they had differing views about religion among themselves – understood religion positively as “both belief in God and belief in an after-life of reward for virtue, and punishment for sin.” In other words, religion mattered. It made people live differently and live better. People’s faith was assumed to have broad implications, including the political kind.

That leads to my second point: Freedom of religion is more than freedom of worship. The right to worship is a necessary but not a sufficient part of religious liberty. For most believers, and certainly for Christians, faith requires community. It begins in worship, but it also demands preaching, teaching, and service. Real faith always bears fruit in public witness and action. Otherwise it’s just empty words.