by Blue
Fortnight for Freedom, Sr Mary Ann Walsh, USCCB
Comments are off 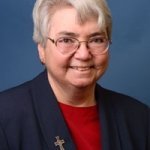 “The bishops’ Fortnight for Freedom (www.fortnight4freedom.org), June 21-July 4, is over, but the concern for religious liberty has only begun to be heard. The two-week launch got people listening and praying. Now where do those who want to stand up for religious freedom go?

Look in the United States, where freedom of religion is guaranteed by the First Amendment’s free exercise clause, and you see a sophisticated type of assault.  It is unbloody, but far-reaching. Ironically, the assaults are not from some guerilla group or despot, but from the government. Foreign nations that look to the U.S. to protect their religious freedom have to shudder.”

SEND A MESSAGE TO THE PRESIDENT AND ELECTED OFFICIALS IN SUPPORT OF RELIGIOUS LIBERTY!