by
adultBasic, Health Care, Tobacco Settlement
Comments are off 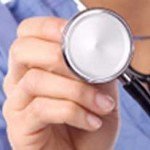 The report issued last week by Auditor General Jack Wagner offers a good suggestion about how to restore adultBasic this year – redirect the Tobacco Settlement Fund back to its intended purpose of funding health-related programs.

When the Tobacco Settlement was reached in 1999, the PCHA adopted a list of principles to guide its advocacy. Among the points, PCHA stated:

•              A major portion of the tobacco settlement monies should be used to provide access to basic, quality health care for the uninsured.

•              The monies should not be used to address non-health issues, or replace state expenditures for programs and services currently in place.

The principles also support anti-smoking programs and the prohibition of funds from being used for embryonic stem cell research.

“The principles we adopted over a decade ago for the Tobacco Settlement funds are as relevant today as they were then,” said Sister Clare Christi Schiefer, OSF, President of PCHA. “Access to basic, quality health care for the uninsured is still a critical challenge in the Commonwealth. The Catholic health care community echoes the majority of Pennsylvanians who believe if Tobacco Settlement funds are earmarked for that purpose, they should be used to meet our obligation to help these people in need.”

Dr. Robert J. O’Hara, Jr., Executive Director of the PCC added, “Pennsylvania’s budget deadline is looming. With significant economic constraints, some very difficult decisions will be made. We hope that what was revealed about the use of Tobacco Settlement monies will help ease the decision-making for the governor and the General Assembly to restore the adultBasic health insurance program.”

The Pennsylvania Catholic Conference is the public affairs arm of Pennsylvania’s Catholic bishops and the Catholic dioceses of Pennsylvania. Its mission is to formulate policy positions and foster a public understanding on issues that concern the Church as institution, but also those of morality, health, welfare, human rights, education and the common good.

The Pennsylvania Catholic Health Association is a statewide organization of Catholic hospitals, long-term care facilities, multi-facility health systems and other related health care entities, sponsoring religious congregations, and dioceses. PCHA is a catalyst that enables the Catholic health ministry to continue and strengthen its vital role as Christ’s healing presence in the mission of the Church and communities served. PCHA’s Gospel witness advocates for and speaks out in defense of the sanctity of life and justice in health care, recognizing the particular needs of children, the elderly, the poor, and the underserved.

More information about PCC and PCHA is found at pacatholic.org.