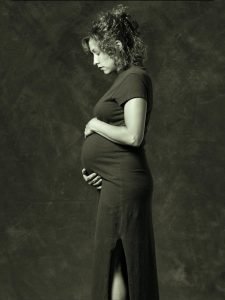 There is encouraging news for Catholics as far as abortion goes. The number of abortions performed in Pennsylvania during 2017 was the lowest number ever recorded—just over 30,000. It’s a decrease of 870 from the prior year and way down from the all-time recorded high of nearly 66,000 in 1980.

That news was reported just last month by the PA Department of Health. It is definitely a case of the glass being half-full or half-empty. There is still the fact that while 30,000 marks a low point, it is still 30,000 too many. So there is still work to be done.

One of the groups doing that work—and one that likely deserves credit for bringing the number of abortions down—is Real Alternatives. It’s a group that has been offering free pregnancy support services for 24 years.

You may not recognize them by name. You may not even recognize them by their toll free 1-888-LIFE AID phone number. But over the last 23-plus years they have served over 300,000 clients. The group has spread nationally after being started in Pennsylvania, where it continues to flourish. There are 91 centers across P-A that are affiliated with Real Alternatives, whether they be Catholic Charities Centers, adoption homes or pregnancy centers.

“In Pennsylvania, we have 400 plus counselors who will take the time and listen, walk with her and be with her through the moment of conception through 12 months after birth,” said Real Alternatives President and C.E.O. Kevin Bagatta. “That empowers her to overcome obstacles so she doesn’t feel she has to abort the baby.”

“Surveys show that a lot of times women choose abortion because they are alone,” Bagatta said. “They don’t have anyone—parents, boyfriends. They are by themselves.”

Ironically the start of the program was made possible by a Democratic Governor—Bob Casey, who was pro-life. In 1995 he put funding into the state budget so that a program could be started to help women in the case of unexpected pregnancies. Bagatta said the PA legislature’s Pro-Life Caucus leaders, led by former State Representative Joe Pitts, helped secure continued funding for the program.

In 1999 Real Alternatives started a national expansion program to educate other states about Pennsylvania’s program. Former U.S. Senator Rick Santorum looked into the possibility of using federal funds for

alternative-to-abortion services programs. The Department of Health and Human Services approved the use of the funds and a national funding source paved the way for a national program.

Among the many testimonials that Bagatta has received is a letter sent last summer by Vice President Mike Pence.

“I send my special congratulations to everyone with Pennsylvania Pregnancy and Parenting Support Program as you celebrate serving 300,000 women and families over the past 22 years,” Pence wrote. “With your caring and compassionate work, I have great confidence that we can continue to restore a culture of life in our Nation and build a brighter future for generations to come.”

But as you might imagine, there are those who feel differently and are very vocal in those feelings.

“There are folks that don’t want us funded,” said Bagatta. “At the root of it is always politics. We’ve had groups attack us and what we do and of course we respond to the attack.”

And they keep serving those women who reach out to them. The number to reach them—again–is 1-888-LIFE AID.