Question #5: Won’t school choice cost the state a lot of money in a time when the budget is already being cut?

This is part 5 of our 5-part series on commonly asked school choice questions. Read part 1, part 2 , part 3 and part 4 here.

5. Won’t school choice cost the state a lot of money in a time when the budget is already being cut? 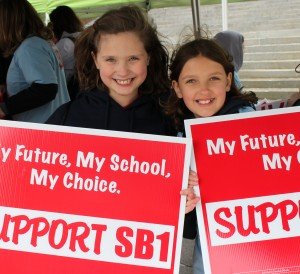 With school choice, parents have more options. Most will remain in public schools, but a significant number will choose to enroll in remain enrolled in nonpublic schools.  With fewer students in public schools, some of the financial pressure will be lessened on state and local budgets.

The scholarships allowed for in Senate Bill 1 will not exceed actual tuition paid. According to 2008-2009 stats, the average annual public school spending per pupil is $13,907; the base cost of the state’s subsidy per pupil is $8,950.  The average nonpublic school tuition is $3,500 (elementary) and $6,500 (high school).  Since educating students in nonpublic schools costs less than educating them in public schools, the difference between the scholarship amount and the base cost of the state subsidy will be returned to the state coffers.  School choice is a fiscally responsible decision for Pennsylvania.

You can read a Catholic’s Guide to school choice here. Add your voice to the chorus of school choice supporters. Visit, call, write or e-mail your state legislators and ask them to support the Opportunity Scholarship Act – SB 1.