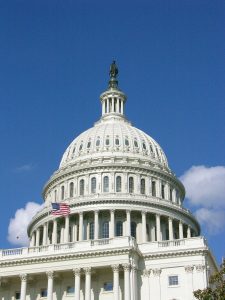 The U.S. Congress is considering important legislation that will protect religious liberty.

The Child Welfare Provider Inclusion Act (CWPIA) protects the religious liberties of child welfare service providers, including adoption and foster care agencies.  The Act would prohibit the federal government and any state that receives certain federal funding from discriminating against child welfare service providers on the basis that they decline to provide a child welfare service that conflicts with their sincerely held religious beliefs or moral convictions.  The Inclusion Act is needed because child welfare service providers are being discriminated against because of their sincerely held religious beliefs and moral convictions.  For example, certain religiously-affiliated charities in Massachusetts, Illinois, California, and the District of Columbia have had to stop adoption and foster care services because of requirements imposed upon them to place children in households headed by two persons of the same sex.  Also, women and men who want to place their children for adoption should be free to choose from a diversity of adoption agencies, including those that share the parents’ religious beliefs and moral convictions.  The Inclusion Act recognizes and respects this parental choice.  The Inclusion Act has been introduced in both the House (H.R. 1881) and the Senate (S. 811).