Pro-life lawmakers in Pennsylvania continue to react to the recent New York State abortion law. Much of that is in response to concerns from constituents about whether it could happen here.

“I’m getting emails from young and old alike,” said PA Rep. Rob Kauffman, a pro-life Republican representing Franklin County. “They’re asking what is happening and saying ‘you can’t let this happen in Pennsylvania.’”

“Most Pennsylvanians,” Turzai said, “recognized the dignity of every person, including the unborn, hoping at minimum to reduce the number of abortions, not expand them.” And he issued a promise: “We are committed to standing up for and defending unborn children, who are amongst the most vulnerable in our society.”

On Thursday, PA Rep. Kate Klunk, a pro-life Republican and Co-Chairman of the House Pro-Life Caucus, blasted the New York legislation and put out a short address on social media to re-assure all pro-life Pennsylvania residents.

“Pennsylvania will not be influenced by other organizations or states wanting to impose their standards or their laws on our residents,” Klunk said. “You can be certain that I remain committed to standing up for and defending our unborn children.”

Klunk re-called her own challenges during pregnancy and said she could not imagine life without her daughter.

“Parents,” she continued. ‘We must be the prime protectors and care-givers of our children, whether born, or un-born or still in the womb. That includes making sacrifices for our children’s well-being.”

She is definitely not alone. There remains a strong pro-life contingent in Harrisburg.

Kauffman has seen the New York move as a galvanizing issue for the pro-life movement. PA Rep. Jesse Topper, a Republican representing Franklin, Fulton and Bedford Counties, says ultra sound pictures have made people sensitive to what has happened in recent weeks.

“You’ve seen a lot of—even millennials,” Topper said, “who have come to understand that – I think technology has really made a difference, when you can see these children through ultrasounds…I knew what my kids looked like before they were born. That technology wasn’t available back in the time of Roe V. Wade.”

“It just wasn’t something that people could look at and understand. Now they can. The science is on our side. And so I think that’s one social and cultural issue that we’ve moved to our side, the pro-life movement.”

And Topper joined his colleagues in adding re-assurance to pro-lifers in PA.

“This is something I don’t expect to see in Pennsylvania under this legislature but we have to have an answer for it—as we talk about the value of life at conception, what these little children mean to us as a society and how we are going to protect them.”

It is important to note that I have reached out to several pro-life Democrats to speak on this or any other issue that we share in common. I have yet to be able to arrange such an interview but I will share any and all perspectives as I get them…especially from pro-life Democrats! 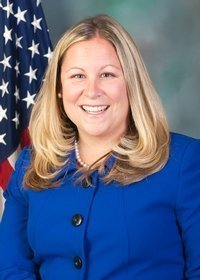