Placing Work and Workers at the Center of Economic Life 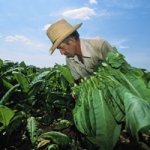 People of faith stand with people who’ve been left behind and should seek economic renewal that makes workers and their families a central concern, according to the annual Labor Day Statement from the Committee on Domestic Justice and Human Development of the U.S. Conference of Catholic Bishops (USCCB).

“Millions of Americans suffer from unemployment, underemployment or are living in poverty as their basic needs too often go unmet. This represents a serious economic and moral failure for our nation,” wrote the committee’s chairman, Bishop Stephen E. Blaire of Stockton, California, in the statement, Placing Work and Workers at the Center of Economic Life.

Bishop Blaire cited the 12 million Americans officially unemployed, the millions more who are underemployed or who have given up looking for work, 10 million “working poor” families, and 46 million people, including 16 million children, living in poverty as a sign of a broken economy. He cited the words of Pope Benedict XVI, who said poverty often “results from a violation of the dignity of human work,” either because of a lack of job opportunities or because, in the words of Pope John Paul II, “low value is put on work and the rights that flow from it.”

Read more from the USCCB here.