Pentecost and the nature of speaking the truth

by Blue
Archbishop chaput, Catholic Philly
Comments are off 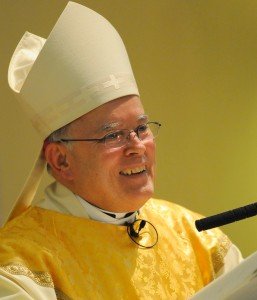 In Christian thought, justice is one of the cardinal (or “hinge”) virtues. Mercy — also a virtue — is a fruit of the great theological virtue, charity. Together, mercy and justice should guide a mature Christian’s actions, choices and words.

Each virtue without the other is incomplete. Mercy without justice is little more than a warm feeling. It can ripen into what Dietrich Bonhoeffer called “cheap grace,” a disregard for truth in the name of compassion. Likewise, justice without mercy becomes a disguised form of revenge. Anger at society’s sins very easily feeds a habit of moral preening, with a selective blind spot for the sins we’d rather not discuss.

So when St. Paul urges us to “speak the truth with love,” he means the whole truth preached honestly, without editing, and ruled by charity. Pope Francis does this with extraordinary joy and simplicity, endearing him to people around the world.

Last week Georgetown University hosted a panel discussion on one of Francis’ main themes — poverty — featuring Arthur Brooks, Robert Putnam and President Obama. It was a useful event with valuable information. In the process though, the president displayed his curious leadership style by suggesting that Christians have spent too much time and energy on issues like abortion, at the expense of other issues that “capture the essence of who we are” as believers, like poverty.

As Ross Douthat and others quickly observed, “it would be too kind to call [the president’s] comments wrong; they were ridiculous.” Maybe so; maybe not. In the panel’s actual transcript, the president’s tone is affable and measured. But there’s some remarkable irony here, nonetheless.

Read the rest at Catholicphilly.com.