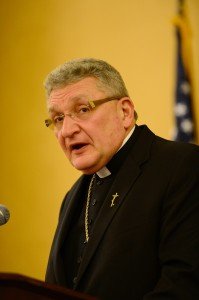 I am grateful to God that we have reached an agreement with the government that secures and reaffirms the constitutional right of religious freedom. The Diocese of Pittsburgh’s 5-year challenge to the HHS mandate provisions of the Affordable Care Act has been resolved successfully.   Our Catholic Charities and other religious organizations of different denominations will not be required to facilitate insurance coverage or practices that are morally unacceptable to them.

The settlement follows the recent release of new federal regulations that provide religious organizations with a full exemption from covering items that violate their core beliefs. 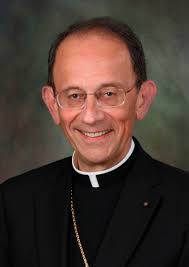 The Diocese of Erie celebrates its religious liberty as guaranteed by the First Amendment and secured today by the United States government.

This agreement allows faith-based organizations to uphold our religious mission in a di-verse society. For that, we are deeply grateful.

We have maintained from the beginning that the government cannot force anyone—Catholic, Protestant, Jewish, Muslim, or other—to do something that violates their sincerely-held religious beliefs. The government has finally acknowledged that there is a reasonable path to ac-complish its goals while also respecting the core beliefs of our faith.

Although we had to go through significant litigation, in the end, I find it heartening that through the wisdom and direction of the U.S. Supreme Court, the federal government signed an agreement acceptable to our diocese and other dioceses and religious organizations. Let’s hope it sets a good precedent. 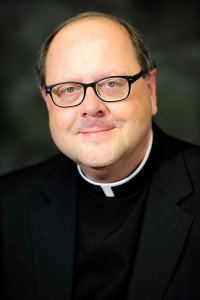 We are extremely pleased with the favorable settlement that has been reached between the Diocese of Greensburg and the Department of Justice.

This permanent injunction solidifies an exclusive agreement between the government and the diocese. It holds that the Department of Justice will not enforce the HHS mandate, its accommodation, nor its narrow religious exemption on the Diocese of Greensburg. Additionally, this agreement will hold firm in the event of any future regulatory changes that may occur with HHS legislation.

I am deeply grateful to my predecessor, Bishop Emeritus Lawrence E. Brandt, who began work on this extremely important initiative several years ago. And I am appreciative of the highly competent work put forth by Jones Day, our legal counsel who diligently worked on our behalf.

This is a positive and substantive victory for every religious institution espousing that religious and moral beliefs must be supported by the fundamental right of religious freedom as envisioned by the founders of our great nation.