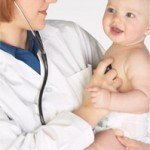 If Congress does not extend funding to CHIP, over 12 million children would be in danger of losing their health insurance coverage. Programs like CHIP have resulted in the lowest uninsured rate in history – currently 93% of children have insurance.  Disregard for the continuous insurance coverage for children will have a negative impact on not only health, but also educational and social development.  Investing in health insurance for these children is an investment in their future.

Here is an excerpt from the letter. Click here to read more:

“Since its inception in 1997, CHIP has been a vital program for low-income children in working families whose parents earn too much to qualify for Medicaid but too little to purchase private health insurance. It has helped to cut the numbers of uninsured children by an astounding 50 percent while improving health outcomes and access to care for children and pregnant women across the nation. In FY 2012, more than 8 million children relied on CHIP for their health coverage.

Not only has CHIP been successful for low-income children and families, CHIP has strong bipartisan roots and is popular among governors because it gives states significant flexibility to design their programs to meet the needs of their populations. This unique structure has helped states tackle the costs of uncompensated care while reducing the numbers of uninsured kids. It has been a winner for states and families alike. CHIP’s value is also recognized by the general public, who, in poll after poll, have expressed overwhelming support for protecting CHIP and keeping this program strong.”