PA Sen. Tim Kearney Motivated by the Duty to Help Residents and Keep Them Safe 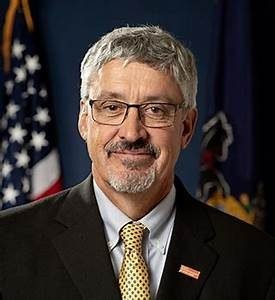 The more legislators I meet, the more I find are products of the Catholic school system. Such is the case with Sen. Tim Kearney (D-Chester, Delaware)—16-years in Catholic school. And he served as an altar boy while growing up in New Jersey.

Another part of Kearney’s background is being Mayor for the Borough of Swarthmore. There, he says, he learned that all politics really are local and that all issues that government can help with are very rarely anything that involves party.

Kearney and his family moved from Philadelphia to Swarthmore 24 years ago in search of a community feel. As time went on he got more involved in politics and end up running for mayor.

He was then actually recruited to run for the Senate by Rep. Leanne Krueger.

“Basically she said she was looking for a partner in the Senate that she could work with on the things that are important to her,” Kearney said. “It was also sort of propelled by the 2016 election. It wasn’t that Donald Trump was a Republican, it was that he was kind of just Donald Trump. And I couldn’t square his platform and the way he talked about things and the way he did things with the way I raised my kids and what was important to them.”

Kearney said it was a phenomenal learning experience to get to know people across his district, which is in the Philadelphia suburbs and may be as diverse as any in the state.

“We have transient populations, immigrant populations, populations that have been here for their first generation or five generations,” he told me during a visit to his Springfield district office. “We go from very wealthy districts in Chester County, like Willistown and Easttown all the way to Glenolden, the Interboro region, Delaware County, Upper Darby.

“School-district-wise we have fabulous schools like Wallingford-Swarthmore, where my kids went, to Great Valley and Tredyffrin-Easttown in Chester County. But on the other end we have districts that are really struggling, like Upper Darby and William Penn.”

Kearney is in his freshman term and says the learning curve is still going on.

Kearney was frustrated that the legislature didn’t approve a continuance of the $200-a-month General Assistance program.

“We have to care for the most vulnerable parts of our community,” he said. “It shouldn’t be all about me or what I need. It’s ‘how do we help each other? How do we work toward the things that would create a better society and better community for all of us…

“When we do things like that cut that out from under them, those things that really humanize people, that’s what really stuck in my craw about that particular thing.”

Kearney says that if you look at what his office is working toward, the majority of it is fairness to people.

Sen. Kearney is also looking ahead to the discussing gun legislation in the fall. He doesn’t feel people should be able to carry what amounts to weapons of war. But he knows it’s a controversial issue.