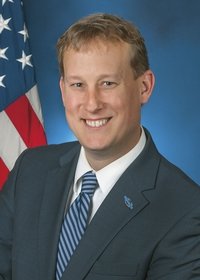 When you spend time talking with lawmakers in Pennsylvania, you realize how much they care about their residents, the people they serve. That has become especially evident over the past several months as these legislators find out how much their people have been suffering from the pandemic and resulting shutdown.

PA Sen. Ryan Aument (R-Lancaster) talked to us about that on a visit to his Capitol office.

“Each and every day comes heart-breaking phone calls from constituents, from business owners, who have been impacted,” he said, “either from a public health standpoint or they’ve been separated from loved ones, who’ve been in a nursing home–spouses who’ve been separated, who’ve been isolated in a nursing facility. Employers who’ve invested their life’s work into creating and building a business that they had hoped to be able to pass on to their children and grandchildren and being forced to make very difficult decisions about closing their doors and perhaps never reopening.”

Aument said he has also heard from countless workers, who have been forced out of a job and have had to go several weeks without getting an unemployment check because of back-ups in the system. That has made it tough to pay bills and even put food on the table.

“Just heart-breaking and devastating conversations, each and every day,” Aument said.

The senator says one of the real criticisms he has of how Governor Wolf has handled the whole shutdown has been his unwillingness to listen to other perspectives—from a medical standpoint and from an economic standpoint.

Aument says business owners have every incentive to protect workers and customers.

“Many of these folks have come to me with terrific plans to safely reopen. I’m really proud of the work that’s being done in Lancaster County, the collaboration that’s taken place between government entities, between municipal officials, school district leaders, business leaders, county officials, our leaders from the main health systems in Lancaster County: UPMC, Wellspan, Lancaster General Health. There’s been tremendous collaboration to develop a Lancaster County plan to reopen our economy and to protect citizens. Our health systems have done a great job providing phenomenal care for our residents…We can make informed, data-informed decisions in real-time in a way that is very difficult to do on a state-wide level.”