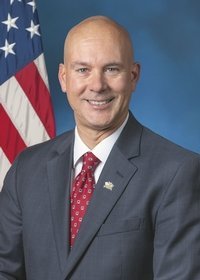 For many people the month of June is a time for relaxation and enjoyment. It’s time to open the pool. Have cookouts. The kids are off from school. It’s vacation season.

For Pennsylvania legislators it’s quite the opposite. They still have a budget to get done.

“I used to love June,” said Sen. Pat Stefano (R-Fayette, Somerset, Westmoreland). “But since I’ve been in the Senate, June is budget season.”

This year, though, their work is a bit different.

“In the past we were always trying to fill all the holes and stretch every tax dollar to provide all the services the State needed,” Stefano said. “Then we were in a declining economy. However, things have changed. We have a surplus this year.”

Let’s compare it to the couple that gets a big tax refund or an inheritance. One person starts thinking of ways to spend it. The other immediately thinks of ways to save it or invest it. That appears to be the case in PA.

You can put Sen. Stefano on the conservative side. He feels the surplus needs to be put aside for the rainy days.

“You know what happens when you spend it? That becomes a recurring expense and you can have bigger holes to fill when you have a downturn in the economy.”

Sen. Stefano has also partnered with Sen. Camera Bartolotta (R-Beaver, Greene, Washington) to put together a no-tax alternative to the Governor’s “Restore PA.”

“He was asking to put a burden on one specific industry and borrow into the future to do some restoration of Pennsylvania,” Stefano said of Governor Wolf’s plan to invest $4.5-billion over the next four years in a variety of projects across the state. They would be funded by what the Governor calls a “commonsense” severance tax on natural gas production.

Stefano agrees that the work definitely needs to be done, however….

Stefano says that he and Sen. Bartolotta are proposing that the Governor lift the moratorium on non-surface disturbance drilling of State forest land.

“That will generate enough income for the state. Some models say it would result in more money than what the Governor is asking for—without borrowing and without putting a burden in one specific industry. This is a resource already under our feet, already part of our energy portfolio. Let’s make use of it in the most proper way and put it towards conservation, with blight and flood control.”

Stefano says they are still in the early stages of the bill—working on the language and looking for co-sponsors.