PA Sen. John DiSanto Sponsors Bill To Help Those Who Have Paid Their Debt To Society 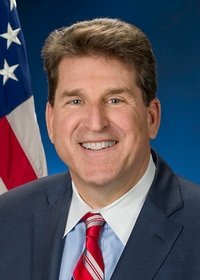 PA Senator John DiSanto (R-Dauphin & Perry Cos.) is sponsoring a bill that would help those convicted of a crime try to turn their lives around and pursue a career. It covers occupational licensure reform and it deals specifically with re-doing the requirements for people that need licenses.

“There are so many licenses that are required for so many jobs in PA,”  Sen. DiSanto told me in his Capitol office. “Lots of times when people are convicted of crimes and they come out they’re automatically excluded from even applying for these licenses because they have misdemeanor or felony convictions. And those convictions may have nothing to do with what their license would cover.”

DiSanto said a prime example is someone trying to become a barber.

“If you were involved in some kind of criminal activity, burglary or something like that, and you paid your debt to society—why can’t you come out and get a barber’s license? Why can’t you get a license for cosmetology? Why can’t you become an auctioneer? ”

DiSanto has some solid co-sponsorship on both sides of the aisle, including Sens. Lisa Baker, Camera Bartolotta, Scott Martin, Kim Ward and Kristin Phillips-Hill on the Republican side; and Sens. Judy Schwank, Maria Collett and Christine Tartaglione on the Democratic side.

There is also a companion bill in the House, sponsored by Rep. Sheryl Delozier  (R-Cumberland Co.), which has bi-partisan support as well.

“It’s an inherent conflict in the corrections system,” DiSanto said. “We train a lot of these people for these different kinds of jobs (in prison) and when they come out they find out  they’re not eligible because of their criminal record. So we’re really tightening that whole process up.”

“We’re working closely with the Governor’s office to take out a lot of the vague language and put in specific requirements that permit you or disallow you from having a particular job that will be posted so that everybody will know before you even have to go before a board to get a license.”

The bill would not apply to violent, repeat criminals.

DiSanto said he sees a lot of interest—from both sides of the aisle—locally and nationally on criminal justice reform.

“It is so expense for  us to house non-violent criminals. It’s important to have them re-enter society. We should do everything we can to get them re-entered, productive and re-united with their families. It just makes sense.”

DiSanto said he’s looking to get the bill finished by June 30th.