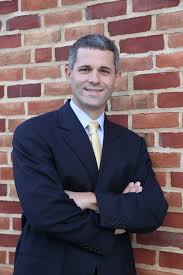 Rep. Rob Kauffman (R-Franklin) has been around long enough in public service to appreciate a good challenge. He’s been seeing exactly that–right along with the rest of us these last couple of months. But as a public servant, his challenge has been a bit tougher.

“I’m in my eighth term in the General Assembly,” Kauffman told me on a recent visit to the Capitol. “My first term was the infamous pay-raise back in 2005. This has topped everything that I’ve been through in the eight terms that I’ve been here.”

Kauffman said it’s been especially painful watching his constituents, their businesses and the community in general that he serves and loves, suffer through the pandemic and the resulting shutdown. Kauffman is one of many lawmakers who feels that being safe and being open in a responsible way are not mutually exclusive.

“It’s a balance. It really is. When you talk about things like shutting down schools, I understand the concerns that are out there but what about the concerns of those who are severely disadvantaged economically and otherwise who depend on schools for everything from their nutrition to mentorship to really (protecting kids against) child abuse—those mandated reporters are in schools…the schools mean a lot of things other than just education these days.”

Kauffman says the educational part is vital as well and that we will see kids falling behind. He says we all need to look at the larger picture, but that it’s hard to do that when people keep hearing about the number of COVID-19 cases on a daily basis.

“For those of us in public service, this has really been about community,” he said. “The community as a whole, not just the numbers of the virus, but livelihoods and things that people have built for generations falling apart, seeing people who are depressed or turning to substances or, horribly, even suicide. We have to look at the whole picture, because those of us in public service care about the entire community and there are so many components that we have to figure into this mess.”