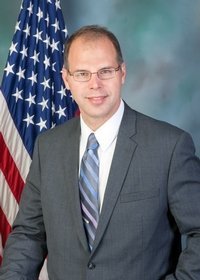 Ever since word came out about a budget surplus in Harrisburg, there have been two main factions—those that want to spend it and those that want to save it. You can put Rep. Rich Irvin (R-Centre, Huntingdon, Mifflin) squarely in the “save it” camp.

“Even though we have a surplus on the revenue, we need to make sure that we continue to be fiscally conservative,” Irvin told me in his Capitol office. “We have to put a little money aside for the Rainy Day fund for whenever the revenues aren’t coming in. We’re very dependent on the economy and right now we have a booming economy.”

Like many fellow Republicans, Irvin does not like the fact that the Governor is looking to increase the tax burden on natural gas drillers. He points out that the industry already pays a substantial impact fee on top of the standard taxes and fees that all PA businesses pay.

While Irvin says that much of the work this month among lawmakers will deal with the State budget, he will also be keeping his eye on other issues. One such issue is abortion, which has been a point of contention in many other states.

“I am very much a pro-life legislator. I think that what we’ve been seeing in other states where they’re allowing mothers to give birth and have abortions at that point in time is despicable. I’ve had a lot of constituents reaching out to ask me to make sure that this does not happen in Pennsylvania.”

“It reaches across the aisle. It’s a very bi-partisan issue for the most part,” Irvin said. “It’s Republicans and Democrats both. You have the major “T” in the middle of the state, but that reaches out into the western part of the state where a lot of Democrats are pro-life.”