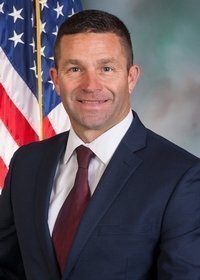 The pro-life caucus in the PA House has been very active this session, sparked by a wave of pro-abortion legislation in other states. Freshman PA Rep. Jim Struzzi (R-Indiana Co.) has been right there with his support.

“As a father of four children, this type of legislation is very important to me,” Struzzi told me in his Capitol office. “Hearing about some of those barbaric laws that have been passed in other states that are basically killing unborn children I think is just an atrocity and it’s a human injustice.

“I was very, very eager to co-sponsor that bill. I believe I was one of the first co-sponsors of that legislation,” Struzzi said. “Anyone who’s ever held a child, saw their children being born. I was there for all my children being born. I cut their umbilical cord and I held them when they were born. That’s life. And it’s life inside the womb as well. To me, as soon as you detect a heartbeat, that’s a human being that needs and deserves the right to live.”

Struzzi concedes that it is a long process and it might be very tough to get the bill passed. In fact, Governor Wolf has promised to veto any such abortion bills that make it to his desk.

“But I still think it’s important we take a strong stance on this,” Struzzi said. “We need to let people know that we’re not going to stand for those atrocities in Pennsylvania.”

Struzzi says his district is unique and has a very diverse population, thanks in large part to the presence of Indiana University of PA. There is art and culture on one hand, while on the other hand there is a strong natural gas presence and the two of the largest coal fire electric generation plants in the state.

“Obviously then I’m going to be pro-energy, pro-natural gas,” Struzzi said. ‘We lost a lot of jobs when the commodity prices fell several years ago. We’d like to see that come back and be strong as we are the center of the Marcellus Shale and Utica Basin for natural gas extraction.”

Struzzi says work force and job creation is very important. He says that are many issues that contribute to that, including the drug addiction issue.

“It’s very hard for employers to find people who can pass a drug test and are willing to show up for work on time,” he said. “It’s important that we make sure that we’re providing an active work force so we can continue to attract business.

Struzzi also sees property tax reform as something very important to his district and many others around the state.

“Recently we went thought a property value reassessment. That caused a lot of people’s taxes that hadn’t been changed for 50 years to in some cases quadruple and sadly that put some senior citizens out of their homes.”