PA Rep. Austin Davis (D-Allegheny Co.) is keeping his eye on the highways. And the rails. For the Pittsburgh-area freshman representative, there will be a lot of focus on taking care of mass transit in his district.

“A number of years ago we went through significant cuts when the state cut aid to public transportation,” Davis said. “It’s an issue that has affected my constituents in a big way.”

Davis has been chosen to serve on the board of the Allegheny Co. Port Authority, which handles mass transit in the area. But like many of his colleagues, he says there is a lot of work that has to be done on improving infrastructure.

Davis is a busy man. I met him in March in Pittsburgh at Rep. Dan Miller’s Disability & Mental Health Summit and he was nice enough to invite me to his Capitol office to talk more in depth about what he’s been doing. Davis also serves as Vice Chairman of the Allegheny Co. Housing Authority Board of Commissioners, Vice Chair of the Allegheny Co. Democratic Committee and as a Director for the Board of the YMCA of Greater Pittsburgh—just to name a few of his posts.

That’s on top of his work on the state budget as part of the House Appropriations Committee. Davis says one of things most helpful to his constituents in the Governor’s budget proposal is an increase in education.

“All of the school districts that I currently serve would see an increase in their basic education and special education budgets if we pass the Governor’s budget,” Davis said. “One of the things the Governor’s budget also does is enacts what I believe is a responsible 7% natural gas severance tax to go back and invest in our infrastructure and increasing quality to broadband.”

“We still have a long way to go until June. There does seem to be a cooperative spirit here in the Capitol. Republicans seem genuinely acceptable to the Governor’s budget when he introduced it.”

Davis is one of a number of younger legislators in Harrisburg who felt the calling to public service at a relatively early age.

“I got involved just like everybody else—as a volunteer. I volunteered on the campaign of a guy by the name of Rich Fitzgerald. When Rich got elected as Executive of Allegheny County, he asked me to serve on his administration as Executive Assistant. I worked for him for six years and got a great experience out of it.”

The House seat then opened up when Rep. Marc Gergely resigned after pleading guilty to two misdemeanor charges for his role in an illegal gambling ring. Davis won easily in a special election for the seat.

So how does he like the pace at the Capitol? 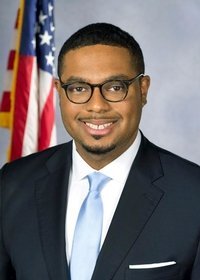