PA Rep. Aaron Bernstine helping the little guy…in the home and in the womb

With the coldest weather of the season upon us, it’s hard to imagine having to live without heat in our homes. Yet that’s what many residents across Pennsylvania have faced, with boroughs across the state being permitted– by law– to turn off power on a resident who could not pay their bill.

That was especially problematic in places like Ellwood City, in western Pennsylvania. Like many boroughs, they ran their own electric service and used that to generate tax revenue. That practice came to a stop last year though, thanks in major part to the efforts of State Rep. Aaron Bernstine of Beaver, Butler and Lawrence Cos.

He proposed legislation that would require more uniform and reasonable rate structures to be adopted by borough-run electric companies. The bill passed the House but failed in the Senate. Still, Bernstine produced enough pressure in his crusade that Ellwood City adopted the changes Bernstine was calling for.

“My concern in that whole situation was that people remain protected,” Bernstine said. “It was a really important piece of legislation to help people that were struggling along the way.

The PA Catholic Conference worked with Bernstine on that bill and on many others, including the Down Syndrome Bill.  In summary, the bill would prevent terminating a pregnancy because a child is diagnosed with Down Syndrome. It did not get passed last year, but it is expected to be brought up again this session.

“I have many people I know that I am close to, some of my friends that have children with Down Syndrome. This is an issue that hits close to home for me,” Bernstine told me. He did not mince his words on the issue.

“I think that you ought not to murder someone, or terminate a pregnancy, which to me is a baby in there, because it has some type of issue. People live long, good lives with Down Syndrome.”

“It’s an additional chromosome of love. Every interaction I’ve had, they’re great people. If we can’t protect the most vulnerable among us, what are we as a society?”

Bernstine concedes that it is unlikely that Governor Wolf would sign such a bill. But that is not deterring him.

“You do your job and put it on the Governor’s desk,” Bernstine said. “And if the governor wants to be responsible for murdering babies because of what some would call a defect. I don’t call it a defect. That can be on his conscience moving forward.”

Why that measure did not get passed is a source of frustration for Bernstine. It passed the House, but was never brought up for a vote in the Senate. Bernstine thinks he knows why.

“They call things a tough vote,” he said. “I have no idea what a tough vote is. I think you vote your conscience and you vote for you think is the right thing to do. And they try to bail people out by not voting on certain things so they don’t have to vote a certain way that can be put in a campaign ad.” 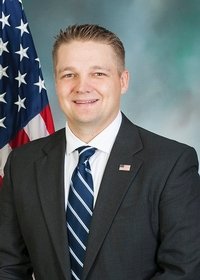