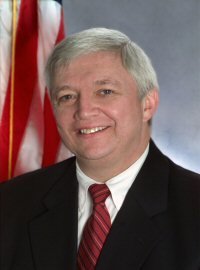 Often-times we hear of partisan battles in the state House and Senate, Republicans vs. Democrats voting along party lines. But there are many instances where there is agreement from both sides of the aisle.

One of those instances was in getting a new healthcare exchange that will use federal funds to operate a state-run marketplace. It will take the place of the federally-operated healthcare.gov exchange. The bill was signed into law this summer by the Governor.

“It’s a good example of bi-partisanship actually working in the Commonwealth, which is the rare occasion,” Minority Leader Rep. Frank Dermody (D-Allegheny, Westmoreland) told me during a visit to his Capitol office. “I worked together with Brian Cutler. The Democrats and the Republicans got together—working with the Administration and Governor Wolf.”

Dermody says the exchange is expected to save the state as much as $80-million in operating costs and will present lower insurance premiums for Pennsylvanians who enroll in the program.

Lawmakers in Harrisburg have also worked together in the last several months on criminal justice reform. One of the more noteworthy bi-partisan efforts in that regard was the Pennsylvania Clean Slate Law, which calls for the sealing of low-level, non-violent misdemeanors, summary offenses and non-conviction records, with no action required by the individual.

“I think that’s crucially important. I think that’s a great issue for us,” Dermody said. “You can be tough on crime and make sure bad guys are off the streets, but we have too many people who are in jail for non-violent offenses who can be rehabilitated–if it’s drug-related, alcohol-related–those types of offenses. Society is better off and we protect the public safety in making sure those folks get the treatment they need. Incarceration doesn’t necessarily always take care of all those issues. We have to balance it. There are some great proposals out there and we have to make more progress.”

Dermody says if lawmakers are going to accomplish anything, it’s going to be with Democrats and Republicans working together.

“We’re not always going to get exactly what we want,” he said. “But I think that’s the process. I have to work hard to make sure that we can work together with Republicans to move the state forward, along with Governor Wolf.”

The state House came back for two weeks of sessions in Harrisburg and will not return for a couple more weeks. But Rep. Dermody says they will be focusing on a number of issues in the remaining weeks of the session, including getting the increase in the minimum wage that they have been fighting for.

“We are going to continue to concentrate on minimum wage, introducing bills,” Dermody said. “Obviously there are bills that have been introduced already that we would like to see reported out of committee. The minimum wage hasn’t been increased in well over a decade. It’s $7.25 an hour. All of our neighboring states have done it and have actually increased employment. It’s helped immeasurably so.”

Dermody says the Governor and his caucus each have plans to increase the minimum wage to $15 an hour.

“I think if it ever got up for a vote it would pass,” he said. “We just have to get the powers-that-be downstairs to run the bill, so we have to get it out of committee. There’s a discharge process that usually doesn’t work but we will see what we can do.”