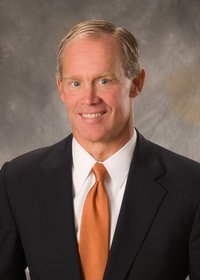 PA Speaker of the House Mike Turzai (R-Allegheny) is praising a decision by the U.S. Court of Appeals which will uphold the traditional practice of having a session-opening prayer.

“We are pleased that the Third Circuit has found that our prayer complies with the United States Constitution,” Turzai said, “and has issued a precedent setting decision entirely in the House’s favor. As a result, we expect the House to be able to resume its tradition of welcoming guest chaplains as it has in the past.”

In 2016 a group of atheists and other non-believers sued the House, claiming their exclusion as guest chaplains violated the Constitution. The plaintiffs also challenged the presiding officer’s traditional request to rise for the prayer and the pledge to the flag. Last year, a federal judge in Harrisburg ruled in favor of the plaintiffs and limited the practice to member-led prayers.

But the House appealed. Late last month a three-judge panel of the Third Circuit ruled in the House’s favor on all counts.

“By a 2-1 vote the panel held the House’s prayer practices were constitutional because they fit within the long history of legislative prayer in this country,” Turzai said. “The majority explained that ‘only theistic prayer can satisfy the historical purpose of appealing for divine guidance in lawmaking.’”

Turzai said the panel ruled 3-0 that it is constitutional and not coercive to request that guests stand for the prayer and the pledge.