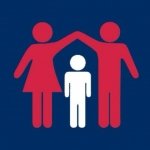 The July 26 Supreme Court decision  interpreted the U.S. Constitution to require all states to license and recognize same-sex “marriage.” Here is a reaction from around the state:

Archbishop Charles Chaput of Philadelphia said, “The Supreme Court’s 5-4 decision on marriage is not a surprise. The surprise will come as ordinary people begin to experience, firsthand and painfully, the impact of today’s action on everything they thought they knew about marriage, family life, our laws and our social institutions. The mistakes of the court change nothing about the nature of men and women, and the truth of God’s Word. The task now for believers is to form our own families even more deeply in the love of God, and to rebuild a healthy marriage culture, one marriage at a time, from the debris of today’s decision.”

Bishop Barres of the Diocese of Allentown said, in part, “In the midst of these challenges, we joyfully anticipate the arrival of Pope Francis in September and his global witness that marriage is a loving and exclusive relationship between one man and one woman on which the family is founded and on which the global common good is truly promoted.”

Bishop Persico of the Diocese of Erie said, in part, “The Supreme Court has now ruled that the definition of marriage is to be changed to include people in same-sex relationships. We are moving into an era in which the civil definition of marriage has changed, but not the church’s teaching, Scripture or natural law. I hope that the rights of Christians will be honored as well. Rather than creating more division, we must acknowledge our differences and find ways to respect each other.”

Bishop Brandt in the Diocese of Greensburg said, in part, “Today’s decision on same-sex marriage is every bit as wrong as the Supreme Court’s 1973 decision that legalized abortion. The Church will continue to teach the truth about marriage which Jesus himself proclaimed when he said, “But from the beginning of creation, ‘God made them male and female. For this reason a man will leave his father and mother and be joined to his wife, and the two shall become one flesh.’” Pope Francis has reiterated that truth, as has every pope for 2,000 years. Man cannot change the order of creation and its natural law handed down by God. I call on the people of the Diocese of Greensburg to pray for our country and to pray that the Church will continue to have the strength and courage to proclaim Gospel truths.”

The Diocese of Harrisburg released a statement that said, in part, “We fear the Courts decisions redefining marriage and the rights of the States will have a long term corrosive effect on the institution of marriage which is the bedrock of our society. We pray that marriage between a man and a woman will remain a strong truth in our world. The common good of all, especially our children, depends upon a society that strives to uphold the truth of marriage.”

Bishop Zubik of the Diocese of Pittsburgh concluded his statement by saying, “The decision rendered today was an opinion of five of the nine Supreme Court Justices. It is my hope that in our nation, people who hold a traditional understanding of marriage may be respected, too. The rights of believers who hold marriage as a sacred, life-long commitment between a woman and a man need to be honored in the spirit of our country’s deep commitment to equality and religious freedom. I call on all people of good will to proclaim the goodness, truth and beauty of marriage as rightly understood for thousands of years. Where differences arise, we need to respectfully engage in dialogue in a spirit of truth rooted in love.”

Bishop Bambera of the Diocese of Scranton said, in part, “Catholic teaching regarding marriage is not a judgment about persons who experience same-sex attraction, but a statement about how the Church has always understood the nature of marriage itself. While the Church has been forthright in its long standing teaching on marriage, it has likewise proclaimed since its beginnings that every person has an inherent dignity. As our country seeks to come to terms with this decision, the Church condemns oppression and violence against all people, regardless of sexual orientation. Like every person, our gay brothers and sisters – members of our families, our communities and our churches – are beloved children of God who deserve to be treated with respect, dignity and compassion.”