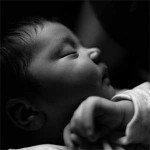 From The Catholic Witness

The young woman who walks into the office may have been pro-life since she first became aware of the issue of abortion. And then, she finds herself pregnant, her boyfriend abandons her, and she feels completely alone. In that hour of crisis, she may be tempted to seek an abortion.

But the kind, compassionate woman who greets her in the pregnancy help center waiting room is just the person she needs in her life at this critical time, who can shine a light in the darkness which threatens to envelop her.

This is what Pennsylvania’s Alternatives to Abortion program offers—a ray of hope, a listening ear, a kind word, a trusted ally. The landmark program has now served more than 200,000 clients and their families—including many in the Harrisburg Diocese.

The program was the brain child of former Pennsylvania Governor Bob Casey, and it enjoys the support of current Governor Tom Corbett, along with a bipartisan coalition of lawmakers.  Harrisburg area State Representatives Glen Grell, Sue Helm, Ronald Marsico, John Payne, and Mike Regan are among those who have expressed support for this ground-breaking program, which has become a model for the rest of the nation.

Women facing unexpected pregnancies need more than a pamphlet, according to Real Alternatives President and CEO Kevin Bagatta. They need a person who will walk with them during their journey, who will offer comprehensive support, and who will not judge them.

And the program has had phenomenal success—in central Pennsylvania and throughout the Commonwealth. Consider these figures from the 2010-11 fiscal year:

Real Alternatives also offers a toll-free hotline, 1-888-Life-Aid, which connects women to their local pregnancy resource centers, where they can receive free pregnancy tests, counseling, and support for themselves and their babies, both during their pregnancies and in the 12 months afterward.

The Pennsylvania Catholic Conference, which represents the state’s bishops, has voiced strong support for the program, noting its ability to stand beside women in their hour of need. Pastors throughout the state have also hailed the program for its life-affirming, life-changing focus. One national poll showed that more than 80 percent of the post-abortive women surveyed would have chosen life for their children—had just one person offered support. For many Pennsylvania women, that one person has been found at a Real Alternatives center.

“Number one, you’re not alone,” Real Alternatives’ Kevin Bagatta said in a recent K-LOVE Radio interview. “There are people who care about you…so you can be empowered…to choose life.”

(Maria Gallagher is the legislative director of Pennsylvania Pro-Life Federation.)

By Maria Gallagher, Special to The Witness